He added that this situation requires necessary policies and measures, besides implementing many major projects to achieve the integrated and optimal management of water resources. Egypt gets 97% of its water from the Nile River and its annual need of water is about 114 billion cubic meters, said the Minister, adding that water resources do not exceed 60 billion cubic meters annually, with a gap between the resources and the consumption is of up to 54 billion cubic meters annually. “This gap is filled throughout reusing water, and importing agricultural crops [that could consume] about 34 billion cubic meters annually. “Ethiopian side deliberately issued false statements and managed the dam unilaterally, which caused great damage to the two downstream countries [Egypt and Sudan],” he added. “Water scarcity and climatic changes worsened the situation in water management in Egypt and made it very sensitive towards any unilateral projects implemented in the Nile Basin countries, without just and binding legal agreements to regulate these projects and limit their negative impacts on water in Egypt,” he said. Queiroz: Sudan will be a difficult opponent

CAIRO-3 December 2021: Carlos Queiroz, Egypt national team head coach, stated that Egypt’s match against Sudan on Saturday will not be an easy fixture for the Pharaohs. “Sudan will be a difficult opponent. We have a good chance to play beautiful game and achieve the three points.” Queiroz said. The Portuguese head coach added “We created many chances against Lebanon and we could have scored more goals. Qatar hosts FIFA Arab Cup between 30 November and 17 December, with the participation of 16 Arab nations.

- ReutersCAIRO – 3 December 2021: Egypt's Health Ministry said 919 new coronavirus cases were detected on Thursday, upping the total number of infections since the outbreak of COVID-19 in the country to 360,435. In a statement, the ministry said 57 patients have died from the virus over the past 24 hours, raising the death toll to 20,594. Egypt is also carrying out studies on the emergence of the new coronavirus variant known as Omicron to study its effect on vaccine efficacy. Earlier, Canada suspended flights to Egypt along with nine African countries over fears related to the emergence of Omicron. On Tuesday, Egypt affirmed it has not detected any Omicron case so far.

This came during inking a memorandum of understanding between the AOI and the Chinese NORINCO company as part of the 4th day activities of Egypt Defense Exhibition (EDEX) 2021. Terras said the memo aims at transferring and localizing technology as well as boosting joint manufacturing in the defense industries and training human cadres. He said the memo follows the latest standards of the 4th generation industrial revolution. Cooperation fields boost opportunities of investment and trade exchange between Egypt and China, he said, asserting that the factors of developing cooperation fields between both countries are available in light of strong ties between them. Meanwhile, major officials at NORINCO lauded the expertise of the AOI and their ability to develop technology to achieve the highest rates of local manufacturing, saying the Egyptian market is big and promising.

Egypt’s exports to Spain increased by 80 percent during the last nine months despite the coronavirus crisis, Mohamed al-Masry, Vice President of the Federation of Egyptian Chambers of Commerce, said. Egypt has been one of the few countries around the world that has achieved a positive growth rate during the coronavirus crisis. The renewal of the financial cooperation protocol between Egypt and Spain reflects the depth of relations between the two countries. Egyptian President Abdel Fattah al-Sisi said on Wednesday that he briefed Spanish Prime Minister Pedro Sanchez on Egypt’s firm position on the Grand Ethiopian Renaissance Dam crisis. Earlier, Sisi stressed the importance of water for Egypt, describing it as a matter of “life or death”. CAIRO – 2 December 2021: Cairo Governor Khaled Abdel-Aal announced that 12 public parks will allow free entry for disabled people on Friday. This coincides with the International Day of Disabled Persons celebrated internationally on the 3rd of December. Parks that will allow free entry for disabled people tomorrow includes the Japanese Gardens, the International Park, the Azbakia Garden, the Child Park, Rod Al-Farag Park, Arts Park in Al-Manial, Om Kalthoum Garden, 6th of October Garden, and Al-Manial Garden. (11) of 2019 forming the National Council for Persons with Disabilities. 10 for 2018 on the Rights of Persons with Disabilities on February 20, after being approved by the Parliament. 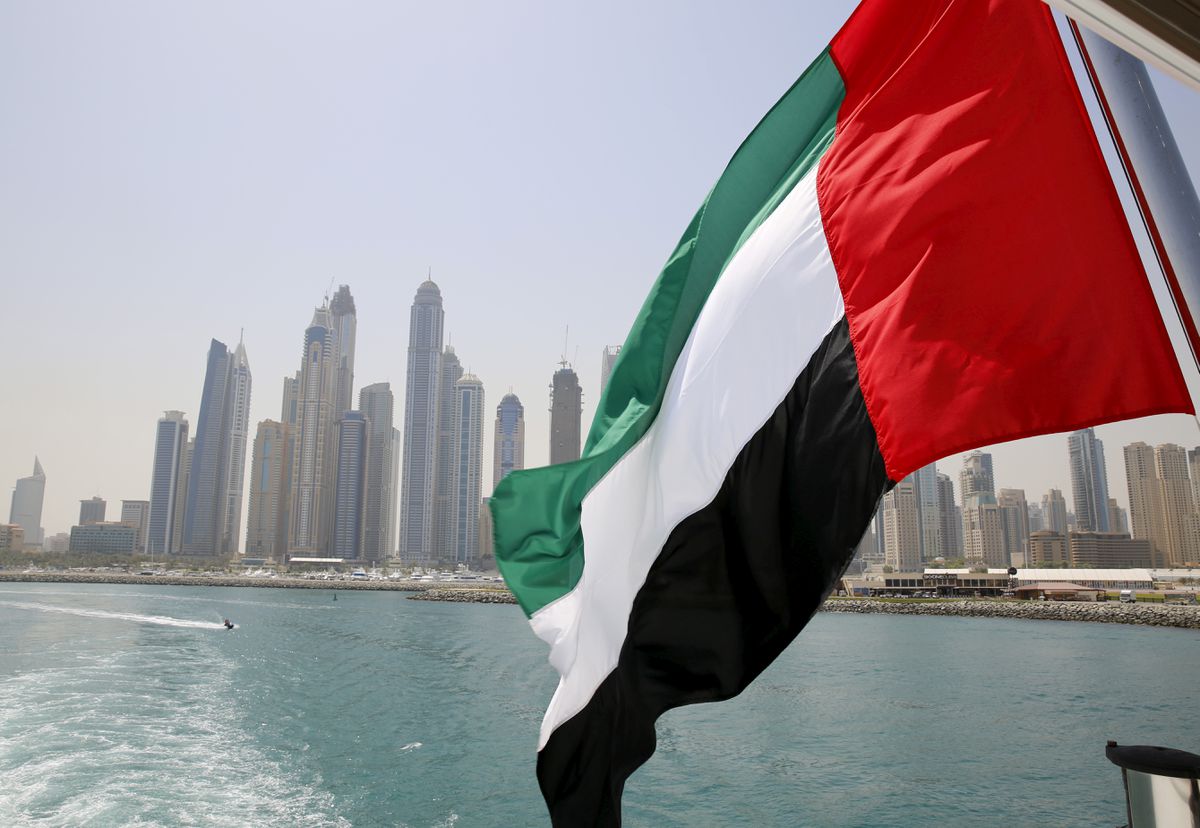 Saudi Arabia and the United Arab Emirates said Wednesday they detected their first cases of the new coronavirus variant, recording the first known instances of omicron infections in the Persian Gulf region. Saudi Arabia’s state-run Saudi Press Agency said its case was a citizen coming from what it described as a “North African country.” The report said the infected individual and his close contacts had been quarantined. The UAE also reported its first case of infection with the omicron variant late Wednesday. State-run WAM news agency described the patient as an African woman who traveled from an African country through an Arab country, without specifying which nations. Dr. Anthony Fauci, the top U.S. infectious disease expert, said more would be known about the omicron strain in two to four weeks as scientists grow and test lab samples of the virus. For the second time in a year, Egypt raises minimum room rate in 5-star hotels

Deputy Minister of Tourism and Antiquities for Tourism Affairs, Ghada Shalaby, stressed the importance of the Cabinet’s approval of a decision issued by the Ministerial Committee for Tourism and Antiquities on November 16, 2021, raising the minimum price for accommodation in five-star hotel establishments. The new decision enhances the value of Egyptian destinations and represents the second move toward the re-governance of the mechanisms of selling of the Egyptian market products in different countries, she said. The first raise for minimum accommodation was applied on November 1, at five-star and four-star hotels. She added, in a telephone interview during the “A Final Word” program presented by Lamis al-Hadidy on ON satellite channel, that some hotels were offering prices that might affect the quality of the services provided, explaining that some hotels were offering the 5-star room for US$25 per night. Shalaby said the decision to raise minimum hotel accommodation prices to $50 per night for Egyptians and foreigners will be implemented starting May 1, 2022, except for some governorates, which will postpone the decision until November 2022She pointed out that some hotels were allowed to operate in full capacity, not just 70 percent.

The General Directorate of Passports in Saudi Arabia announced the countries covered by the decision to extend the validity of residency and exit, return and visit visas without fees, in implementation of the directives of Saudi King Salman bin Abdulaziz. The Saudi newspaper Okaz reported that the decision includes the following countries from which entry has been suspended: Brazil, Indonesia, Pakistan, Turkey, Lebanon, Egypt, India, Ethiopia, Vietnam, Afghanistan, South Africa, Zimbabwe, Namibia, Mozambique, Botswana, Lesotho and Eswatini. On Sunday, the Directorate announced the start of extending the validity of residency and exit, return and visit visas without fees until January 31, with the exception of those who completed receiving two doses of COVID-19 vaccine inside Saudi Arabia before leaving it. It explained that the extension will be done automatically in cooperation with the National Information Center without the need to visit the headquarters of passport departments or Saudi missions abroad, as well as extending the validity of visitor visas by the Ministry of Foreign Affairs for visitors who are outside Saudi Arabia. CAIRO – 1 December 2021: The House of Culture and Science, known as Al-Sennari House, will organize a poetry and lyrical evening open to the public under the title “The Visible Side of Heaven” on December 2 at 7 p.m. The evening includes a group of sessions that combine vernacular poetry and singing. Al-Sennari House is one of the finest examples of the residential buildings of princes and statesmen in Islamic Cairo. The house is of special historical importance, as its history is also linked to the French campaign against Egypt 1798-1801 AD. A number of members of the Science and Arts Committee within the campaign resided there, mostly painters and engineers.

CBE exemptions on fees expire by the end of December CAIRO, 1 December 2021: The Egyptian national team, led by Portuguese coach Carlos Queiroz, will play the first matches of the Pharaohs in the Arab Nations Cup, which will be hosted by Qatar until December 18, against Lebanese national in the first round of Group D, which includes Sudan and Algeria. Carlos Queiroz is facing a challenge before the Lebanon match because of his desire to win the competition to qualify for the quarter-finals and lead the group. At the same time, Querioz aims to give new Egyptian national team's elements the chance in the tournament matches in order to choose some of them in the next African Cup of Nations, held in January at Cameroon. Carlos Queiroz included 23 players, who are Mohamed El-Shennawy, Mohamed Sobhi, Mahmoud Gad, Ahmed Hegazy, Akram Tawfik, Ahmed Fattouh, Mahmoud El Wensh, Ayman Ashraf, Ahmed Yassin, Mohamed Abdel Moneim, Marwan Daoud, and in the middle: Hamdi Fathi, Amr Al-Sulayya, Muhannad Lashin, Omar Kamal Abdel Wahed, Mustafa Fathi and Ahmed Rifaat, Muhammad Majdi Afsha and Hussein Faisal, and in the attack: Muhammad Sharif, Ahmed Sayed Zizou, Marwan Hamdi and Osama Faisal. The Arab Cup consists of 4 groups, the first group includes teams: Qatar, Iraq, Oman, Bahrain, while the second group includes: Tunisia, UAE, Syria, Mauritania, and the third group includes teams: Morocco, Saudi Arabia, Jordan, Palestine, while the group includes Fourth teams: Egypt, Algeria, Lebanon, Sudan. CAIRO, 1 Decemeber 2021: On Tuesday, the tenth edition of the Arab Football Cup "Qatar 2021" began in Qatar, which will run until December 18. On Tuesday, the first four matches of the first round of the group stage were held. In Group B:Tunisia beat Mauritania 5-1UAE beat Syria 2-1Group B standings:1- Tunisia with 3 points2- UAE with 3 points3- Syria without points. 4- Mauritania without points. In Group A: Qatar beat Bahrain 1-0 The Iraqi and Omani teams tied 1-1 Group A standings: 1- Qatar with 3 points 2- Iraq with one point 3- Sultanate of Oman with one point 4- Bahrain without points

The Egyptian government on Wednesday refuted rumors that it was suspending study in all schools, universities and institutes nationwide due to the Omicron coronavirus strain. A statement by the cabinet’s media center said that it had contacted the ministries of Education and Technical Education, and Higher Education and Scientific Research to comment on rumors that schools would be suspended. The two ministries denied the news and appealed to all students to only seek information from official sources. They stressed that any decisions related to suspending schools or universities are taken by the Supreme Committee for Coronavirus Crisis Management after assessing the developments in the pandemic’s epidemiological situation, which currently does not require such measures. The Ministry of Higher Education confirmed that many vaccination points have been set up near and inside Egyptian universities in order to enhance the process of vaccinating students.