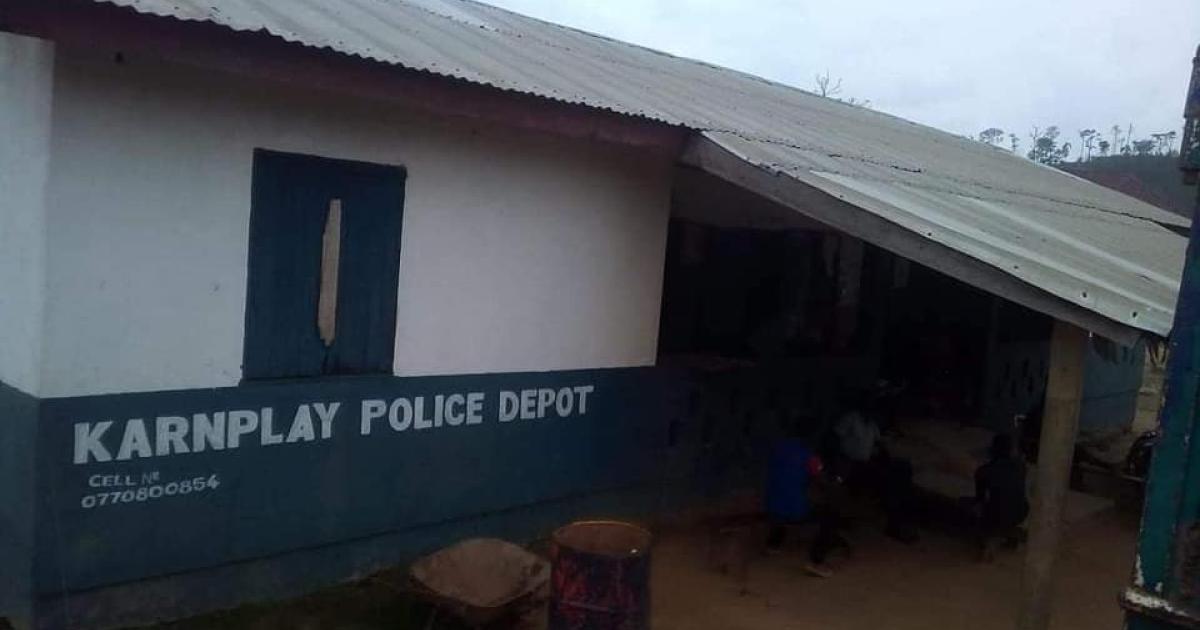 Liberia: Town Chief, Seven Others in Court for Death of 25-Year-Old Man 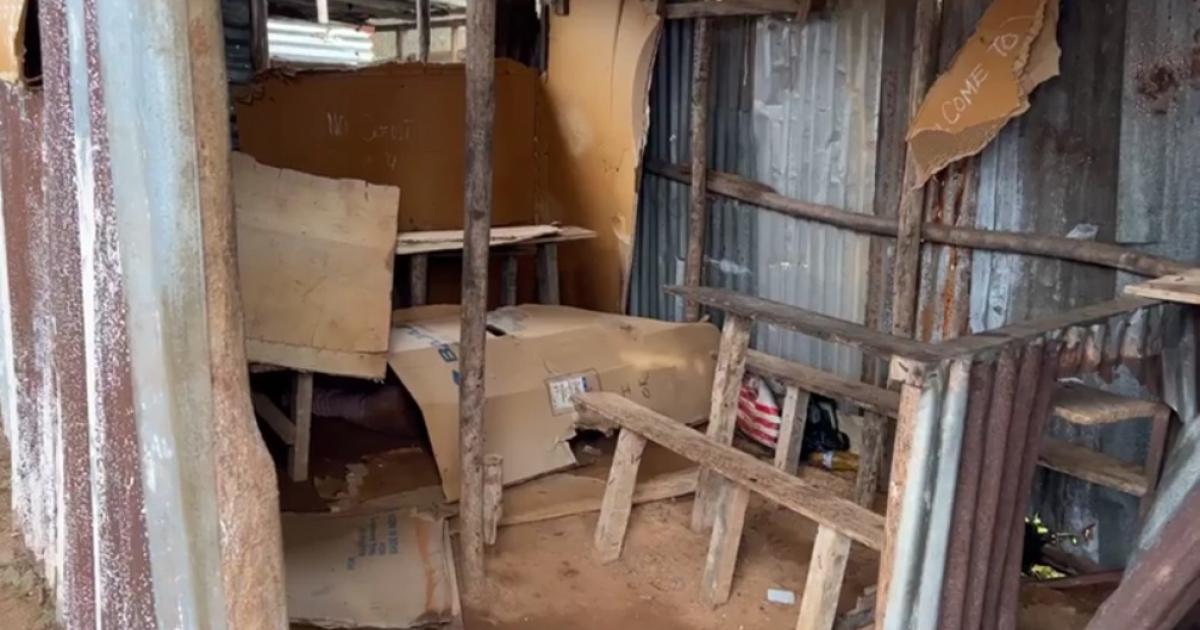 Cllr.Thomas Asumana, Ysndi Martin Kpeyei, James Rogers, Congress man Chris Smith, Dr.Alan White, Mrs Lucy KearMonrovia — United States Congressman Chris Smith has said speedy action must be taken against perpetrators of human rights violations and abuses committed during Liberia’s 14-year civil war. “Justice delayed is justice denied, but not in the case of Liberia. All perpetrators who committed atrocities during the country’s civil war must be held accountable,” Congressman Smith said upon receiving 300,000 signatures from members of the Tom Lantos Human Rights Commission for the full implementation of the Truth and Reconciliation report. Congressman Smith said the 300,000 signatures gathered is a “powerful testimony”, and shows how Liberians are desperate for justice. The Tom Lantos Human Rights Commission (formerly known as the Congressional Human Rights Caucus) is a bipartisan caucus of the United States House of Representatives. Monrovia — The African Organization of Public Accounts Committees (AFROPAC) is having a two-day virtual Conference as part of efforts to improve Lawmakers’ oversight responsibility during the time of the pandemic. The theme of the virtue conference is “collect comprehensive, borrow wisely spending efficiently: public finance oversight in time of pandemic recovery. “We are cognizant of the strategic value of Supreme Audit Institutions in enabling oversight and public accountability in our country,” he said. “In the NRA, corruption, tax evasion, human trafficking, trafficking in illicit drugs and substances were all identified as prevalent predicate offenses to money laundering in Liberia,” Harris said. According to him, illicit financial flow is impacting national revenue in many forms.

Gbolu Beatrice BeyanResidents in the vicinity of the Industrial Park in Gardnersville, on early Monday morning, awoke to a shocking discovery of the lifeless body of an 18-year-old girl who had gone missing for hours. The deceased, eyewitnesses said, lived in the Chicken Soup Factory Gulf area — a community not too far from where she was discovered dead. This is where they killed this girl,” a grieving elderly woman was heard saying. They said they had been in search of Fatu since Sunday evening and were worried about the unthinkable, which unfortunately eventually befell them. Their hope was dashed when they received news of a dead body being found in a zinc round kitchen in the LPRC fence in the industrial park area in Gardnersville.

They were mostly car documents. According to him, he will be filing a formal complaint with the Press Union of Liberia and the Liberia National Police on Monday. “This is scary and needs urgent investigation,” says Naway Gumeh of the State-run Liberia Broadcasting System. Be safe!”Some journalists also believed the robbery was an attempt to intimidate Dodoo and make him stop reporting on critical national issues. “We believe the robbery might be linked to his work because only his equipment was stolen,” one journalist said. 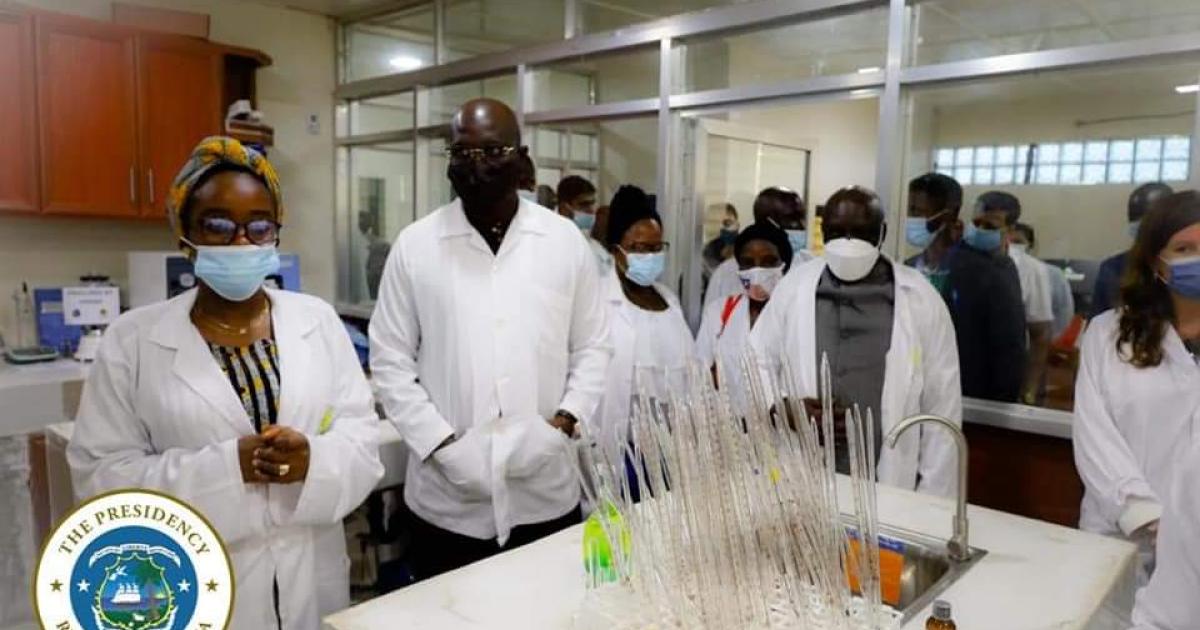 President George Weah has dedicated a temporary quality control laboratory which was built by Liberia Medicine and Health Product Regulatory Authority (LMHRA) to ensure health products coming into the country are safe and meet regulatory standards. President Weah said healthcare for citizens is an essential part of the Pro-Poor Agenda for Prosperity and Development (PAPD), his Government’s flagship development program. “The commitment of my administration to a healthy nation remains unwavering,” President Weah added. Dr. Clement added that one of the best ways the country's health sector can be improved is for citizens to have access to quality medicines at all times. He encouraged the LMHRA management to dedicate all of its efforts to mobilizing resources to complete the new permanent Quality Control Laboratory Complex within the next 12 months.

MONROVIA – The Liberia National Police has taken a vigorous stride to demolish all ghettos in an effort to reduce crimes and ensure community members move about freely without fear of being harmed or robbed. The LNP in a release on Thursday disclosed the operation named and styled: “Operation Clear Community Ghettos” with an aim to clear ghettos from various communities in the wake of the rapid increase of drug addicts that has caused insecurity for peaceful Liberians to move freely. According to him, if anyone will perceive that this operation will short live, they must be daydreaming because the police will ensure relief is restored in various communities. The police IG have urged community leaders and residents to take ownership of this operation by helping the Police succeed with clearing ghettos from their communities. “As part of sustaining this operation, the LNP is working with various communities in ensuring that ghettos that are raided and burnt are not rebuilt. REDD+ is an acronym for Reducing Emissions from Deforestation and forest Degradation. It is a voluntary climate change mitigation approach that has been developed by Parties to the United Nations Framework Convention on Climate Change (UNFCCC). It aims to incentivize developing countries to reduce emissions from deforestation and forest degradation, conserve forest carbon stocks, sustainably manage forests and enhance forest carbon stocks. “People in forest communities must get the needed benefits because they are the direct managers of the forest,” he said. He warned that Liberia stand to lose one million hectares by 2030 of it forest if does not adapt more sustainable method of using its forest. 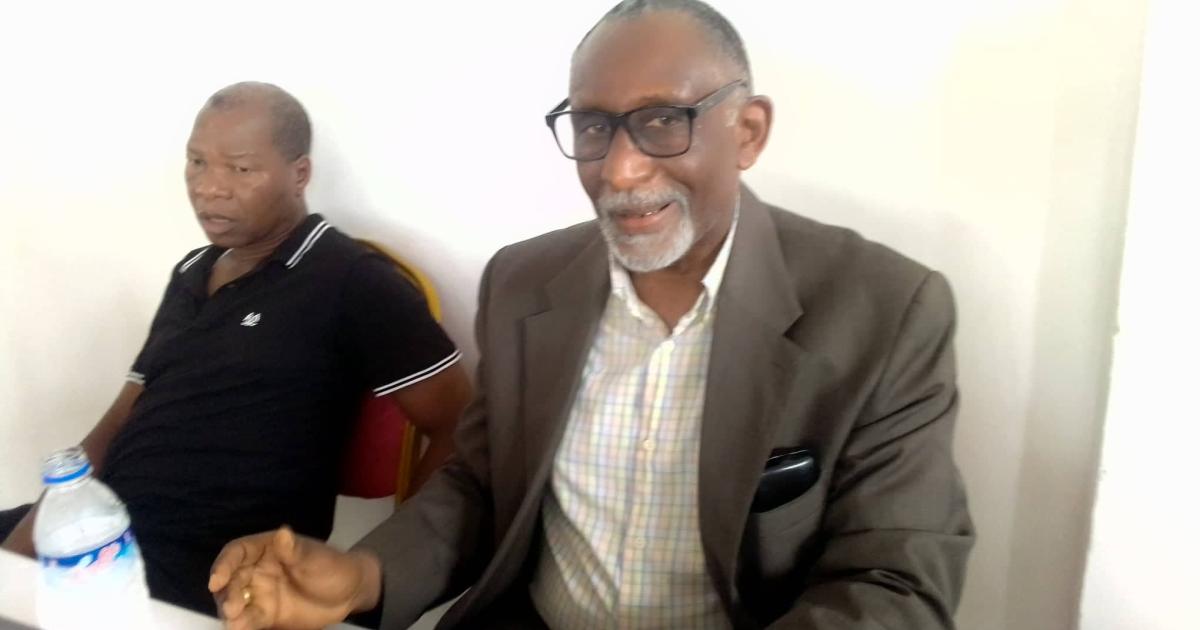 On the 29th of March 2022, the Civil Law Court issued the eviction execution order for the five persons. Failure to leave, they shall be evicted, ejected from said property, and so ordered,” says the judgment from the Civil Law Court, copy of which is in the possession of the Daily Observer. According to Dennis, the police did not tell him why they backed off from the execution of the eviction order, nor did the court take any further action. Morris’s Farm, as MARCO is popularly known, is situated at the boundary between Montserrado County and Margibi County. Though it is situated in Montserrado, the majority of the employees of the company are from Margibi, mainly Kakata. MONROVIA – President George Weah has ordered an immediate halt to the issuance of diplomatic passports following a FrontPageAfrica report that a Liberian diplomatic passport was discovered in the home of Sheik Bassirou Kante following his arrest for money laundering conspiracy by FBI agents in the United States. It remains unclear how Mr. Kante obtained the diplomatic passport as he is not an employee of the government of Liberia nor is he known to be a representative of the government at any of Liberia’s Foreign Missions. The Minister of Foreign Affairs, Dee-Maxwell Kemeyah has been instructed by the President to submit a full report detailing a review of how Liberian diplomatic passports are issued. On Monday, Vice President Jewel Howard Taylor distanced herself from helping Bassirou obtain the diplomatic passport, despite acknowledging knowing him. Agents that their search of the defendant’s email unveiled that he had “close personal relationship” with the Vice President of Liberia. Liberia: Samukai, Others Agree to Pay Government US$500 Monthly until Full Restitution of US$956,380

Monrovia – Former Defense Minister and Defendant Minister Brownie Samukai and his Co-defendants have offered to pay by and thru the Sheriff of the First Judicial Circuit Court of Monsterrado County a monthly payment of US$500 dollars, beginning June 1, 2022, court documents in the possession of FrontPageAfrica have revealed. According to the court documents, the disabilities imposed on Samukai, Joseph F. Johnson, former Deputy Minister for Administration and J. Nyumah Dorkor, former Comptroller of the Ministry of Defense, by the Supreme Court of Liberia shall only be lifted or removed after the full payment of restitution of the balance payment of US$ 956,380,00. On February 8, 2021, it can be recalled, the Supreme Court of Liberia confirmed the verdict of guilt against Samukai, Dorkor and Johnson for the crimes of Theft of Property, Misuse of Public Money, Money Laundering, and were sentenced to two-year jail term. However, their sentences were suspended provided the Defendant and Co-defendants restitute the full amount of US$1,147,656.35 within six months, and thereafter enter appropriate arrangement to pay the remaining portion in one calendar year, according to the Court. The president directed the Minister of Finance and Development Planning (MFDP) to make full payment of the outstanding balance of the AFL money, while Mr. Samukai is going through the Stipulation Payment Agreement. 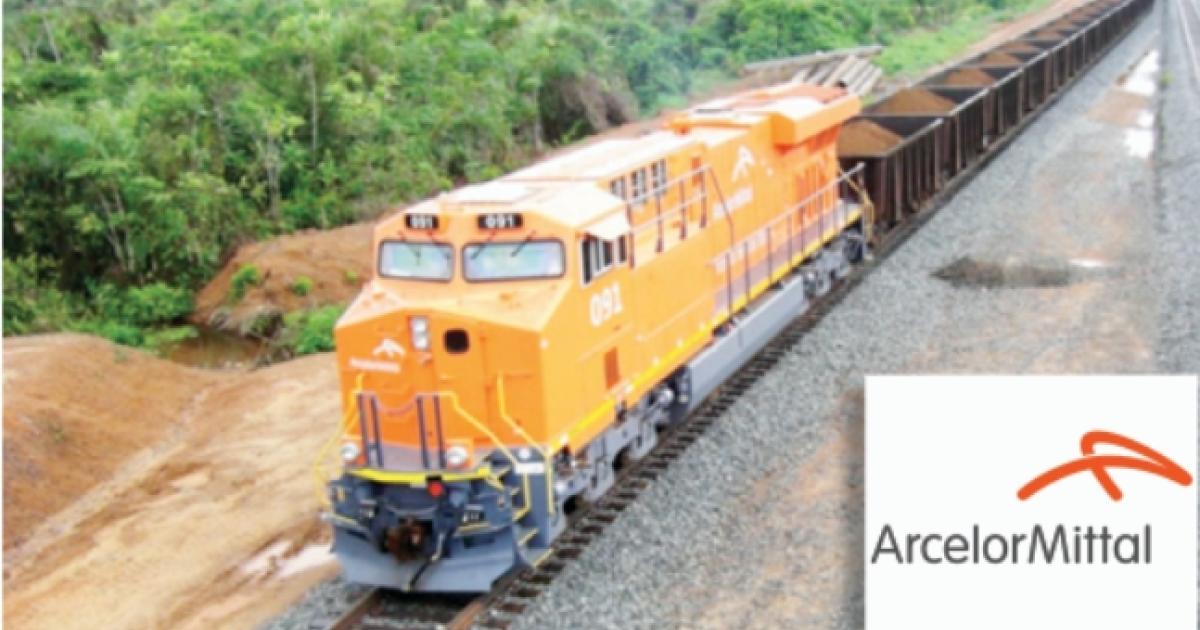 Letter to the Editor: AML’s Response to News Publication by the Daily Observer

The Daily Observer has published an unbalanced story characterized by fallacies and hasty generalization, without the reporter or the editorial team contacting AML on the falsehoods stated in the article. Are they forgetting that it was the social development fund provided by AML that covered the cost of purchasing road-building machines for Nimba County? The Lugbehyi Public School, Gbondin Public School, Bololeewii Public School, Kinon Public School, Karnla Bridge reconstruction, Kinon Clinic project, and the installations of 19 hand pumps in these affected communities all came from social development funds and direct contributions from AML. These are just a few examples of the inaccuracies being spread by some, using the Daily Observer channel. ArcelorMittal Liberia asks the Daily Observer to at least attempt to balance its story as dictated by your professional ethics. What Can Be Done about A Jet Fuel Crisis?

Conex Energy, Inc., the major supplier of jet fuel in Liberia, announced last week that there is a serious jet fuel shortage in the region, due to the Russia-Ukraine crisis. This has caused a major petroleum crisis in many parts of the world, primarily those countries that depend on Ukraine for the supply of petroleum. This task falls not on the United Nations and its Security Council alone, but on all nations, especially the powerful and influential ones. What, we ask again, can the world do about the jet fuel crisis? Conex, the Liberian petroleum supplier, has already warned of the jet fuel crisis facing the world, because of the Russia-Ukraine crisis. 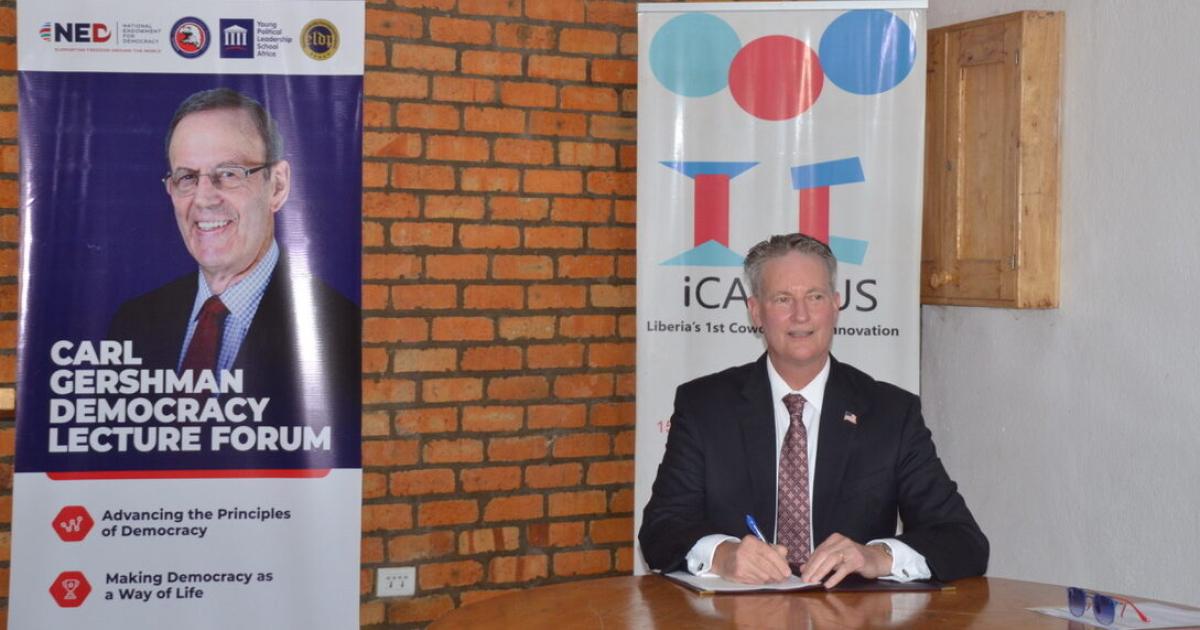 US Ambassador to Liberia, Michael McCarthy, has blamed the government’s failure to provide the Liberia National Police with basic operational funds as one of the major factors that breeds corruption among officers. The US Ambassador to Liberia noted that while the country's police force is not only severely understaffed and underfunded, the lack of operational funds opens floodgates for corruption as officers have to collect money from complainants to execute arrests, among other things. Although the Liberian government has announced plans to recruit 1,000 officers, the LNP has not yet received funds to start this desperately needed process. Ambassador McCarthy believes when officials publicly announce what they have before commencing their functions, it will erase the mindset of corruption, build transparency and promote democracy. County governments comprise a fundamental component of Liberia’s democracy.

Liberia: Town Chief, Seven Others in Court for Death of 25-Year-Old Man

The Liberia National Police has forwarded to court a town chief and seven others in Nimba County for the death of a 25-year-old man, identified as Franklin Gehmie. Of late, Nimba County, Liberia’s second largest, has been going through a crisis of lawlessness. Solomon Gaye lost his life after a quarrel broke out when the people of Bah town went hunting for snails in the forest boundary between Bah and Buutuo. However, the 42-year-old Gaye from Bah town was the only casualty. Three of his fellow residents of Bah town were seriously wounded, while the opponents from Buutuo sustained one injury.