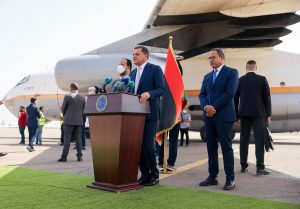 1.2 million Sinovac vaccines arrived in Tripoli today with 800,000 Sinovac doses expected tomorrow and another 500,000 of Pfizer and Astra-Zeneca expected soon

Turkey criticizes US statement on resettlement of Afghans

Upgraded Sebha library reopensBy Sami Zaptia. London, 4 August 2021:Sebha library has been refurbished and upgraded to serve more visitors, the UNDP reported today. UNDP informed that the UNESCO Library in Sebha was established in 1953 and was the first library in the south of Libya to spread culture, knowledge, and awareness in the community. It said many intellectuals, writers, poets, and lovers of reading have visited this library since its opening 68 years ago. The project also fulfils the UN’s Sustainable Development Goals number 11 which aims to make cities inclusive, safe, resilient and sustainable. CAIRO – 4 August 2021: The Information and Decision Support Center (IDSC) organized Wednesday a panel discussion displaying the opportunities and challenges impacting Egyptian exports to fellow African countries. Chairman of the Egyptian African Business Association Yosry al-Sharqawy proposed that if the size of Egyptian exports rises, the prices of shipping and transportation will by default become lower. He also suggests better integration with the international maritime transport system to ensure reliable access to African states. The agreement grants African airlines advantages like discounted fees and fewer requirements to get permits to operate flights among African states. As for competition with Egyptian exports, it comes mainly from southeastern Asian countries, particularly in the sectors of textiles and garments.

Turkey criticizes US statement on resettlement of Afghans

August 3, 2021Ankara (Reuters) -Turkey criticized the U.S. program on Tuesday to offer the possibility of resettlement to Afghans who could be the target of Taliban violence through relations with the U.S. Turkey’s Ministry of Foreign Affairs refused to mention Turkey as a migration route for Afghans in a statement, making Turkey a “third country”, one of the world’s leading refugee recipients with more than 4 million migrants. “As Turkey, we do not accept the irresponsible decisions made by the United States without consulting our country. If the United States wants to take these people to its own country, it will fly directly to its own country. With the rise of violence in Afghanistan, hundreds of Afghans have moved to Turkey in recent weeks, raising concerns about the influx of new migrants.

In New York City, people will soon need a COVID-19 vaccination certificate to enter indoor restaurants, gyms and entertainment venues. Mayor Bill de Blasio announced on Tuesday that the new requirements for New York, the first major city in the United States, will come into effect on August 16. Biden also announced on Tuesday that the United States has donated more than 110 million vaccines to more than 60 countries. In other countries, there aren’t enough walls or sea widths to protect us from COVID-19,” Biden said. ► Israel requires all persons arriving from the United States and 17 other countries to be quarantined for two weeks starting August 11th, regardless of vaccination status.

President Joe Biden was poised to address the country on vaccination on Tuesday afternoon as concerns about the surge in COVID infections increased. According to a USA TODAY analysis of Johns Hopkins University data, the United States currently reports 2,500 deaths per day. Some “breakthrough” cases have occurred in vaccinated people, but only a small percentage of the total cases, and the majority of breakthrough cases are mild. 📈 Today’s numbers: According to data from Johns Hopkins University, more than 35 million COVID-19 cases have been identified and 613,600 have died in the United States. Global total: more than 199 million cases and 4.23 million deaths. MARSEILLES - The ship Ocean Viking, in an "unsustainable situation" with 555 people aboard, asked to be assigned a safe port for landing, according to the NGO SOS Mediterranée. "We asked all the competent authorities: Malta, Tunisia, Libya, and today, Italy," the NGO said. More than 700 migrants who tried to cross the Mediterranean aboard makeshift boats were rescued at the weekend during operations carried out by the Ocean Viking and ships with the German NGOs Sea-Watch and ResQship. "The situation aboard is unsustainable," said a spokesperson with SOS Mediterranée. Some fainted on deck due to the heat and the ordeal they've lived through," tweeted a medical team leader with the NGO.

One-third of all COVID cases reported in Florida and Texas; US reaches 70% of partially vaccinated adults: COVID-19 updates

Florida and Texas had one-third of all COVID cases reported last week, White House COVID-19 Response coordinator Jeff Zients said during a Monday news conference. On Friday, Kentucky reported 1,648 new cases of COVID-19, the highest since February, before vaccines became widely accessible. ►The mayor of Maui County is calling on Hawaii officials to postpone students’ return to in-person learning amid rising COVID-19 cases throughout the islands. 📈Today's numbers: The U.S. has had more than 35 million confirmed COVID-19 cases and 613,600 deaths, according to Johns Hopkins University data. The global totals: More than 198.8 million cases and 4.23 million deaths. 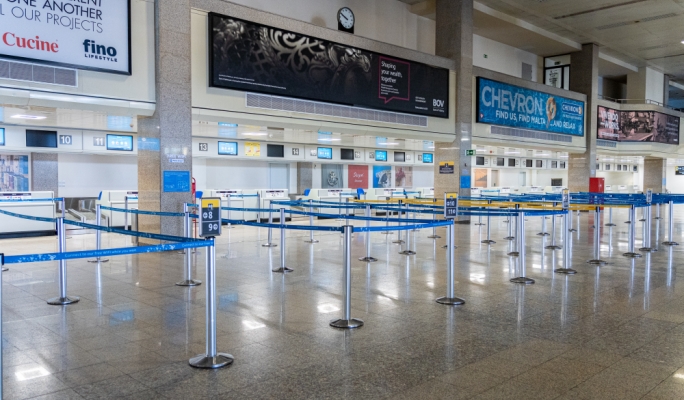 The US Center for Disease Control and Prevention has added Malta to its ‘very high risk’ travel list along with 15 other countries. According to the CDC website, a risk designation of “Level 4: Covid-19 Very High” means people should avoid travel to these locations. Those who must travel should be fully vaccinated first. The CDC said that destinations that fall in the “very high” risk category had more than 500 cases per 100,000 residents in the past 28 days. 385,049 people are fully vaccinated.

HNEC extends voter registration for another two weeks – to 17 August 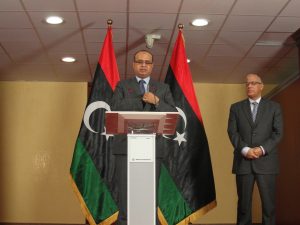 Former Electricity Minister under Zeidan government refutes being appointed new GECOL chairman, says random decisions will not solve current electricity crisisBy Sami Zaptia. To eliminate this crisis, integrated practical and technical solutions based on studies and proper planning must be put forward.’’, he continued. Taking a swipe at the current government he stated that ‘‘Improvising solutions and randomness in building stations and adopting patchwork solutions will not solve the crisis but will make it worse. ‎‎The electricity sector needs some kind of stability in its structure and enforcement of the principles of governance and good governance within it in order to overcome this accumulated crisis.’’, he concluded. It will be recalled that Libya still suffers between 3-4 hours of daily power cuts rising up to 12 hours during periods of peak demand. CAIRO - 2 August 2020: Libya's Higher Commission of Elections announced on Monday that the voter registration for the upcoming elections has been extended for two additional weeks to end on August 17. In July, Libya’s interim Prime Minister Abdul Hamid Dbeibeh has called on all Libyan political parties to make concessions to render the election process a success and prioritize Libya's interests over personal demands. In a speech marking the inauguration of the media center of the Higher Election Commission, he said all parties are in a race against time to hold the elections. The Libyan Political Dialogue Forum (LPDF), a 75-member body from all walks of life in Libya, concluded its five days of talks in a hotel outside Geneva on Friday, the UN support mission in Libya said. Others sought to establish preconditions to hold elections as planned, the mission said.

The Prime Minister of the Government of National Unity, Abdelhamid Dabeiba, and the Cabinet of Ministers welcomed Italy’s Minister for Foreign Affairs, Luigi Di Maio, who arrived in Libya today at the head of a sizable Italian delegation. The meeting, attended by the Minister of Foreign Affairs, Najla Al-Mangoush, the Minister of State for Cabinet Affairs, and the Head of Government, Adel Juma, discussed a variety of bilateral issues. Following the meeting, an extensive session between the Libyan and Italian sides will be held to discuss bilateral relations and cooperation between the two countries, as well as to coordinate positions on several regional and international topics of mutual interest, according to the Information Office of the Government of National Unity. Italian Foreign Minister Luigi Di Maio, in an earlier statement upon arrival, hailed the coastal road’s inauguration, saying that this visit comes only days after the road’s opening, highlighting the importance of this significant milestone. The Italian Minister also emphasized his country’s readiness to collaborate and work with Libya in a variety of economic, commercial, and other sectors, especially in Libya’s south.

HoR starts today’s session, postpones voting on 2021 budget at government’s request. London, 2 August 2021:Official House of Representatives (HoR) Spokesperson Abdalla Belheeg confirmed that the HoR had started its official session today in Tobruk. However, he revealed that voting on the draft 2021 budget bill has been postponed, based on a written request from the government. He said the government wishes to make further amendments to the contested budget. Belheeg said the HoR had begun today to discuss the draft law to elect the president directly by the Libyan people.

1.2 million Sinovac vaccines arrived in Tripoli today with 800,000 Sinovac doses expected tomorrow and another 500,000 of Pfizer and Astra-Zeneca expected soon

1.2 million Sinovac vaccines arrived in Tripoli today with 800,000 Sinovac doses expected tomorrow and another 500,000 of Pfizer and Astra-Zeneca expected soonBy Sami Zaptia. London, 2 August 2021:1.2 million doses of the Chinese-made Sinovac anti-Coronavirus vaccines arrived by plane at Mitiga airport today. The largest consignment had previously been 500,000 doses of Sputnik V which had arrived on 19 July. The arrival of today’s 1.2 million Sinovac doses brings the grand total of all the four brands to arrive (Sputnik V, Astra-Zeneca, Pfizer and Sinovac) to 2,481, 052. Libya had announced it had ordered a total of 12 million doses for its population of 6.9 million people.