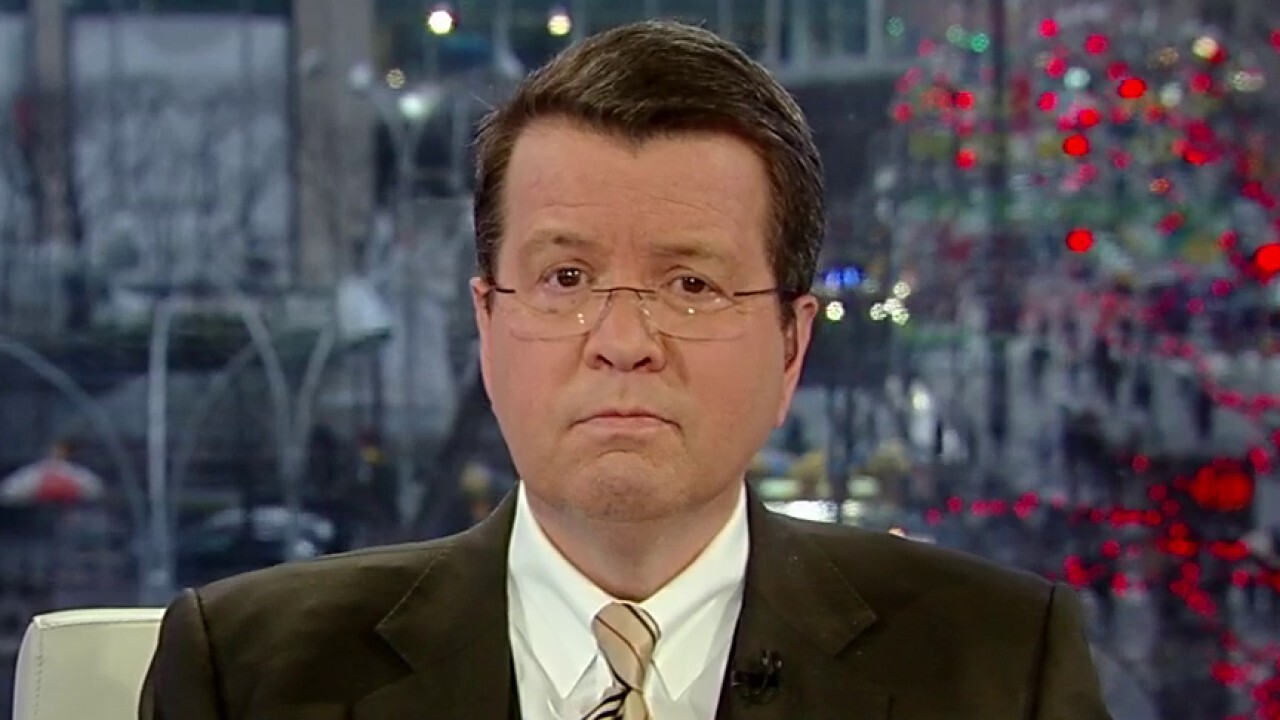 Neil Cavuto: The president did not poll well after his debates 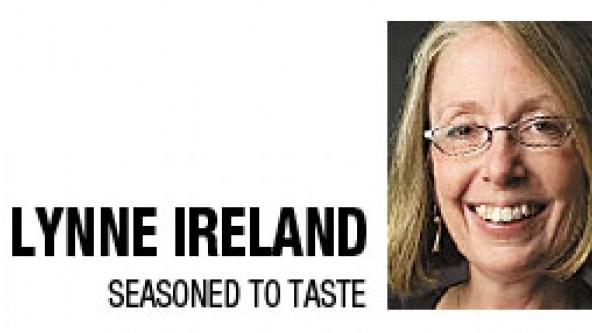 African nations gained their independence, finally shedding the colonial rule of France, Belgium and the United Kingdom. This fascinating history is just one chapter in the way national stories were written or re-written after World War II. Cameroon, Togo, Madagascar, Democratic Republic of Congo, Somalia, Benin, Niger, Burkina Faso, Ivory Coast, Chad, Central African Republic, the Republic of Congo, Gabon, Senegal, Mali, Nigeria, Mauritania all began new experiments in self-rule. So it got us to thinking about Africa, and of the nation that had never been under colonial rule: Ethiopia. Besides offering a unique and independent history, Ethiopia has developed a rich and complex cuisine. Arena Tigray opposition party accuses Tigray Peoples Liberation Front of perpetrating attacks on members and non-members in northern Ethiopia. Arena Tigray Opposition party Public Relation – Amdom GebreselassieborkenaFebruary 18, 2020Arena Tigray For Democracy and Sovereignty, one of the opposition parties operating in the Tigray region of Ethiopia, accuses the Tigray People’s Liberation Front (TPLF) administration of harassment. Amdom Gebreselassie, public relations head of Arena Tigray Party, said special forces and militia in the region are attacking members and leaders of the party. He owns a medical clinic, and his properties were looted, according to AmdomFor Arena Party, the attack and harassment are deliberate and planned ones. We found out that only two arena members are arrested and that they are arrested in connection with a crime, not for being Arena members, he claimed.

Amhara regional state of Ethiopia criticized by some council members for sending what the later call “strong leaders” to the Federal governmentPhoto credit : Amhara Mass Media AgencyborkenaFebruary 18, 2020In an emergency meeting of the council of the Amhara region, the head of the regional state, Temesgen Tiruneh, proposed eight changes to the current leadership – Amhara Mass Media Agency reported on Monday. However, Agegnehu is not leaving Amhara regional state as he is appointed to serve as head of the Prosperity Party Office in the region. Members of the council say that those are experienced and determined leaders committed to the cause of the region. In terms of other appointments, Dr. Mulunesh Alebachew is appointed as a Social Sector Coordinator with a rank of Deputy head of the region. In June 2019, the president of Amhara regional state and two other colleagues (Migbaru Kebede and Ezez Wasse) were killed in Bahir Dar which the Federal government says was an attempted coup d’etat. They were compared with Houthi bombs seized from the Iran-backed militia in Yemen and militants in Bahrain, as well as two varieties of Iranian UAVs. By comparing the recovered items, CAR discovered that a significant number of Houthi UAV components were identical or similar to improvised explosive device (IED) parts recovered in Yemen. The report finds that matching components either originated in Iran or are linked to Tehran-backed supply networks active in the region. Investigators also found that Houthi UAVs had components that were identical to Iranian-manufactured equipment. (AP/ File photo)The gyroscopes are believed to be the same make as those found on drones that attacked Saudi Aramco oilfields.

Israel Forces 12-year-old to Choose: Leave Your Family – or Leave Your Country

The boy, 12-year-old Yoel Tegen, cannot be forced to leave Israel because he is a citizen. He said he doesn’t want to live in Israel without his father, who is his guardian, nor does he want to live in Ethiopia. Mor-Yosef issued the decision in late January, but Tegen’s father only received a letter informing him of it on Sunday and now has just 12 days to leave the country. “I’m told: ‘Either leave your father or leave your country. I don’t want to do either.’”Yoel’s father immigrated to Israel 17 years ago and married a Jewish woman about four years later. 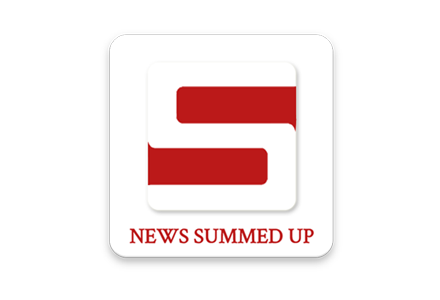 Members of the Liyu force reportedly used tear gas to disperse the OLF members. Meanwhile, thousands of demonstrators took to the streets of Bale Goba town in the Oromia state of Ethiopia in support of Prime Minister Abiy Ahmed and the ruling Prosperity Party. The Pro- Prime Minister rally followed similar demonstrations in Jimma, Adama, Jigjiga and west Harargae. Bale Goba and west Haragae are believed to be strongholds of the controversial activist Jawar Mohammed who vowed to challenge the Prime Minister in the upcoming elections. “We give credit for the tangible political reforms brought by Prime Minister Abiy Ahmed and his leadership. 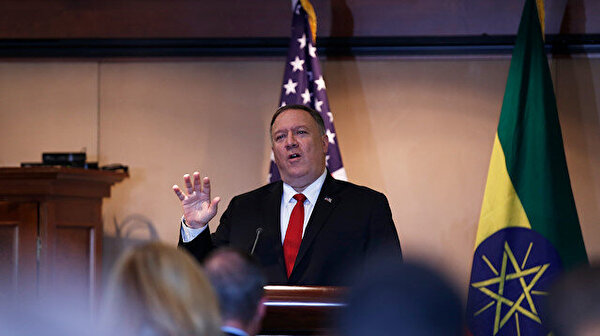 Pompeo says no pressure on Ethiopia about dam project

U.S. Secretary of State Michael Pompeo has said his government “won’t impose a solution” on Ethiopia in negotiations with Egypt and Sudan regarding the $5 billion Grand Ethiopian Renaissance Dam (GERD) project. The remarks were in response to a question during a news conference in Addis Ababa that his government clearly takes sides with Egypt in the U.S.-sponsored talks between Ethiopia, Egypt and Sudan on the filling and operation of GERD. The three countries met seven times, including last week in Washington, but no conclusive agreement has been made. Egypt says it fears GERD would significantly reduce Nile River water flowing into its borders while Ethiopia maintains it needs the hydro power scheme for its national development. Pompeo also met and held discussed with Ethiopian Prime Minister Abiy Ahmed and President Sahle-Work Zewde. ANKARA: Brussels agreed on Monday to launch a new naval and air mission off the Libyan coast to enforce a UN arms embargo. EU member countries are expected to prepare a legal text to support the mission in the eastern Mediterranean. “President Trump also reiterated that continued foreign interference in Libya would only serve to worsen the situation,” Deere said. The EU patrolling decision aims to revive Operation Sophia, which was launched in 2015 to combat people smuggling off the Libyan coast and to monitor a UN arms embargo on the warring parties. “That may explain why Turkey, so far, has not complained about, or condemned, it too vocally,” he told Arab News.

A key question for the U.S. secretary of state was how the U.S. can overcome Chinese dominance in Africa. China surpassed the U.S. as the continent’s number one trading partner over a decade ago and Beijing is investing heavily in African infrastructure. But convincing African leaders to look to the U.S. at this juncture is proving a challenge, say analysts. Trump reportedly used a vulgar term to describe African countries during a 2018 closed-door meeting. “These are things that African countries are looking at quite closely," he said. The summit is hosted by the Ethiopian National Defense Force (ENDF), co-hosted by the U.S. Army Africa (USARAF). Some 40 Land Forces Chiefs & Representatives from across the African continent are also in attendance. The theme for this year’s summit “reflects our shared belief that leadership is an enduring responsibility among our military leaders,” Brig. Gen. Lapthe Flora, U.S. Army Africa deputy commander, said back in December 2019. These include 21st century challenges for military leaders, developing leaders through defense institutions & defense leadership in a multinational environment. 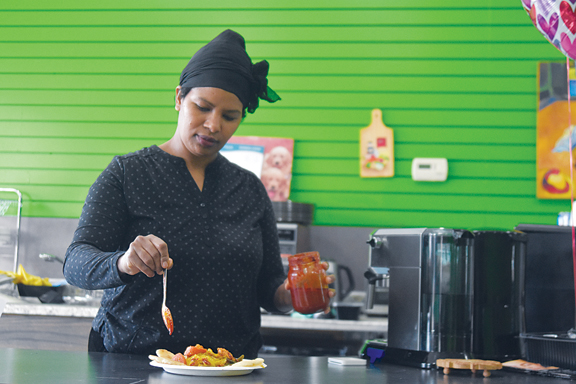 Washington, DC (STL.News) – The US Department of State released the following statement:The below is attributable to Spokesperson Morgan Ortagus:‎Secretary of State Michael R. Pompeo met today with Ethiopian Prime Minister Abiy Ahmed in Addis Ababa, Ethiopia. Secretary Pompeo reiterated the United States’ support for Ethiopia’s historic political and economic reforms and discussed opportunities for increased partnership. The Secretary and the Prime Minister also discussed the importance of organizing free and fair elections later this year. Secretary Pompeo thanked Prime Minister Abiy for his leadership in the Horn of Africa and for Ethiopia’s peacekeeping deployments to Somalia, Sudan, and South Sudan. CLICK to VIEW SOURCE The 542 cases on the ship were the most in any place outside of China and medical experts have called the quarantine a failure. The updated figures on the COVID-19 illness for mainland China bring the total for cases to 74,185 and deaths to 2,004. Many countries set up border screenings and airlines canceled flights to and from China to prevent further spread of the disease, which has been detected in around two dozen countries and caused almost 1,000 confirmed cases outside mainland China. Five deaths have been reported outside the mainland, in Hong Kong, Taiwan, Japan, the Philippines and France. The largest number of cases outside China is the 542 on the Diamond Princess at a port near Tokyo.

Washington, DC (STL.News) – The US Department of State released the following statement:The below is attributable to Spokesperson Morgan Ortagus:‎Secretary of State Michael R. Pompeo met today with Ethiopian President Sahle-Work Zewde in Addis Ababa, Ethiopia. Secretary Pompeo commended President Sahle-Work for her leadership in advancing landmark reforms and for her efforts to support women’s empowerment initiatives. The Secretary highlighted the importance of organizing free and fair elections in 2020 that are deemed credible by the Ethiopian people. Secretary Pompeo and President Sahle-Work also discussed opportunities for U.S.-Ethiopia bilateral cooperation. CLICK to VIEW SOURCE