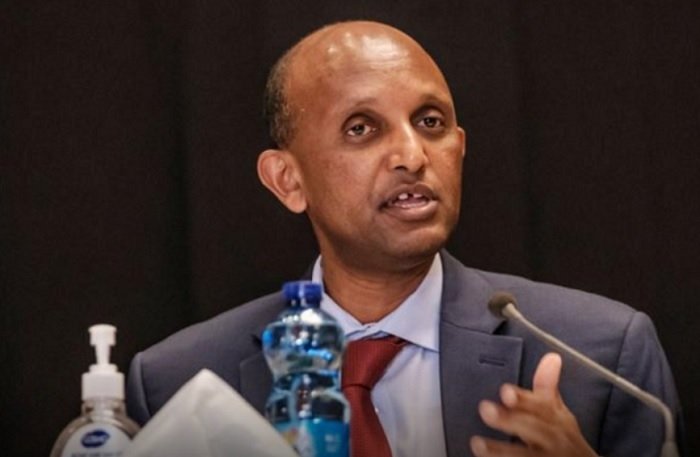 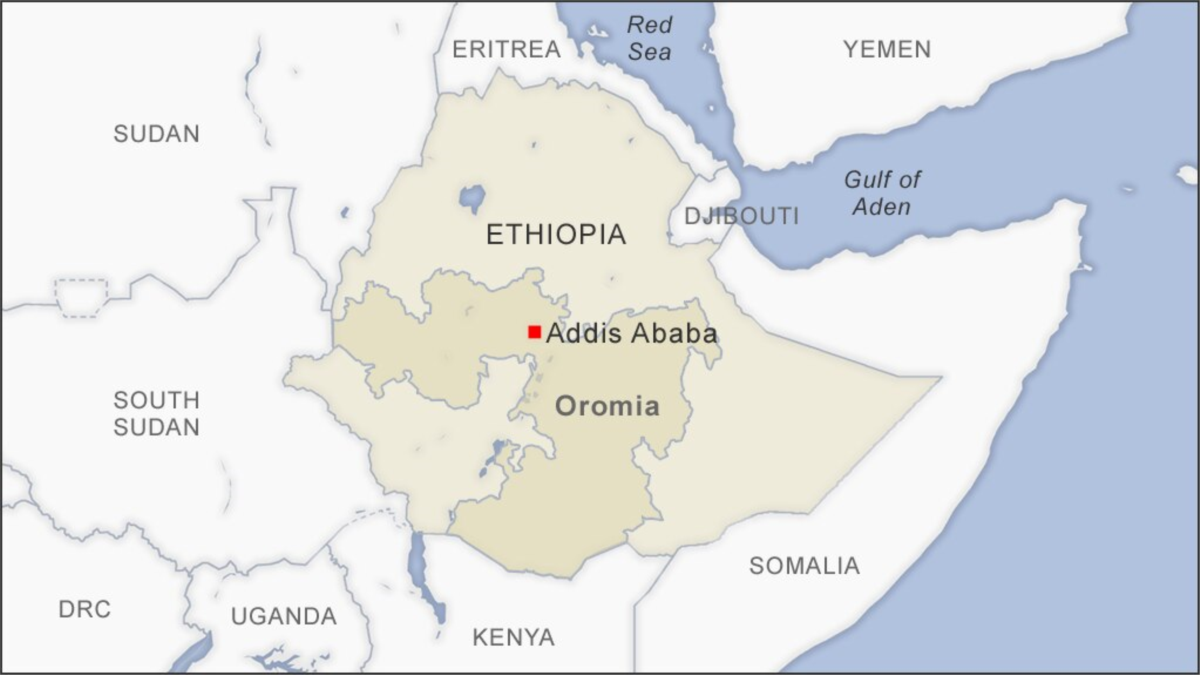 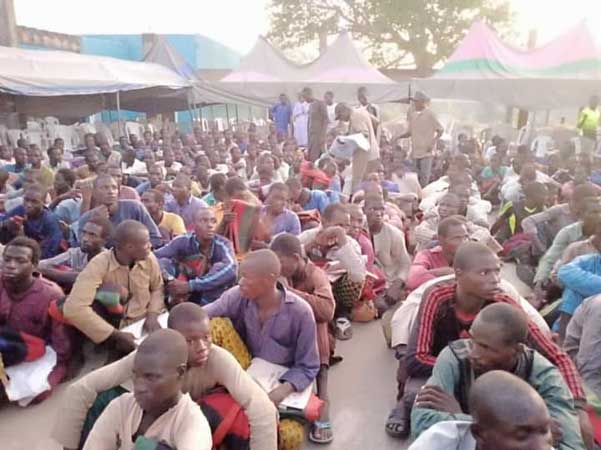 Although the authorities express willingness to resolve the situation in the north of the country, the group is mobilizing for another devastating war, which will disrupt the upcoming agricultural work and cause great disasters, denounced the government spokesman, Legesse Tulu. Of the 7,000 trucks sent with basic necessities to Mekele, capital of that state, more than 2,000 have not returned, Tulu said, who expressed his assumption that Tigrayan troops have hijacked them to carry out military maneuvers. It is using them to transport soldiers and logistics, but as if that did not affect thousands of citizens, in one of its anti-peace moves, the Front also recently blocked humanitarian flights to Mekele, he revealed. The spokesman also reported that federal and regional forces are maintaining an operation against Shene, a group blamed for the recent massacre of around 300 civilians, mostly children and women, in Gimbi, a town in western Oromia state. The aggressions are intense and come from different directions, but the government is continuously taking measures to enforce the law, stop these groups, protect communities and ensure peace in all regions, he said. 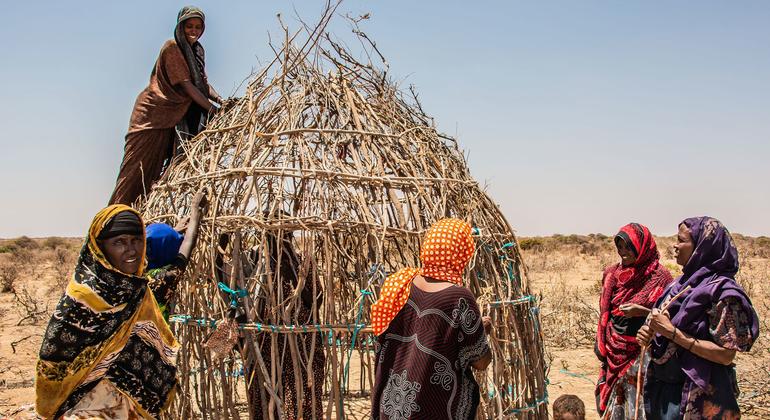 Kaari Betty Murungi, chair of the International Commission of Human Rights Experts on Ethiopia, was speaking on the sidelines of the Human Rights Council in Geneva. The violence escalated and began to affect neighboring regions Afar and Amhara, with Afar providing the only channel of access for aid into Tigray. Widespread violationsWarring parties are accused of carrying out widespread human rights violations, including massacres, gender-based violence, extra judicial killings, forced displacements, violence against refugee camps and internally displaced persons. According to ambassador Zenebe Kebebe Korcho “Ethiopia has also taken measures to ensure accountability for alleged serious human rights violations. The Government of Ethiopia facilitated the United Nations Office of the High Commissioner for Human Rights (OHCHR) and the Ethiopian Human Rights Commission to conduct a joint investigation within the context of the conflict in the Tigray region.” In central Khartoum, security forces fired tear gas and water cannon as they tried to prevent swelling crowds from marching toward the presidential palace, witnesses said. In Omdurman, witnesses reported tear gas and gunfire as security forces prevented protesters from crossing into Khartoum. Last October, the military led by General Abdel Fattah Al-Burhan toppled the transitional government, triggering rallies that have called on the army to quit politics. On Wednesday, medics aligned with the protest movement said security forces shot dead a child during protests in Bahri. As a result, however, international financial support agreed with the transitional government was frozen and an economic crisis has deepened. The joint statement was issued after bilateral talks at Sakhir Palace in Manama. On the Yemeni issue, the two sides affirmed their support for international efforts to find a comprehensive political solution to the Yemeni crisis, in accordance with the approved international references, and the Saudi initiative to end the Yemeni crisis. They also expressed their full support for the Yemeni Presidential Leadership Council to perform its constitutional responsibilities “to achieve security, stability and development in Yemen.”They also affirmed their support for the UN armistice agreement in Yemen and welcomed the announcement of its extension. The Bahraini side appreciated Egypt’s response to the request of the legitimate Yemeni government and the United Nations to operate direct flights between Cairo and Sanaa in support of that armistice and alleviating the humanitarian suffering of the Yemeni people. The two sides welcomed the upcoming summit to be hosted by Saudi Arabia between the leaders of the Gulf Cooperation Council countries, Jordan and Egypt, and the Prime Minister of Iraq with US President Joe Biden. This number is just one of many saddening figures from the UN refugee agency’s Global Trends report, published recently. The food security crisis exacerbated by the war in Ukraine has now threatened a new wave. Riot police detain a migrant during clashes near the Moria camp for refugees and migrants, on the island of Lesbos, on March 2, 2020. (AFP)The war in Ukraine led to the fastest and one of the largest displacements since the Second World War. To export that responsibility to another country runs counter to any notion of international responsibility-sharing.”UN High Commissioner for Refugees (UNHCR) Filippo Grandi. 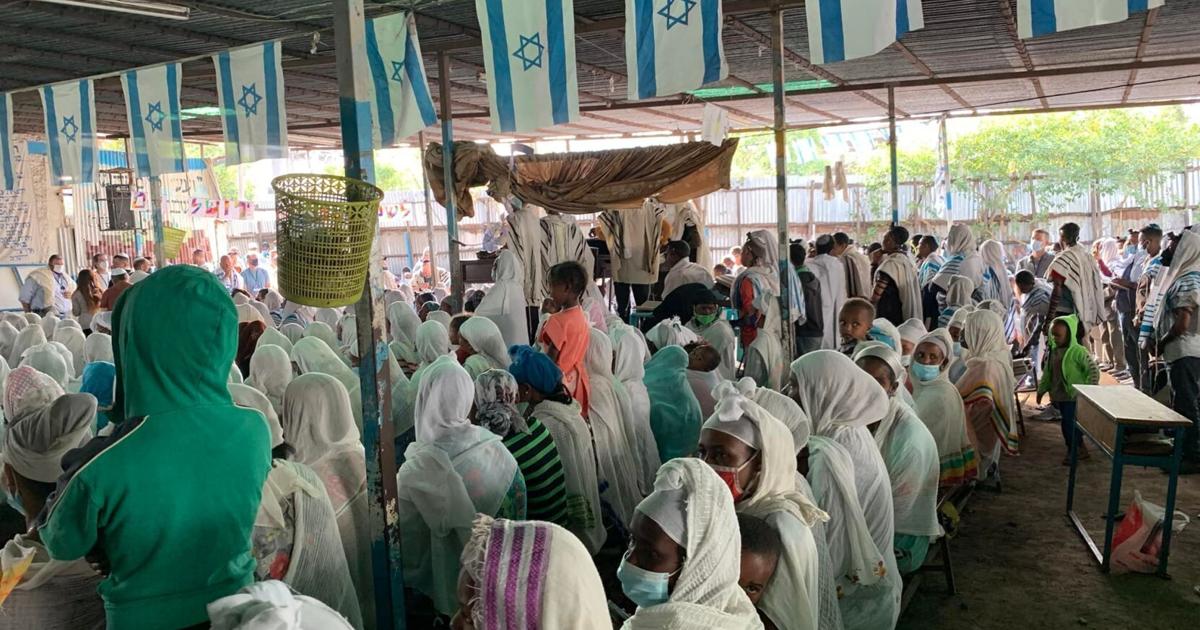 The latest developments in Israeli politics provided President Joe Biden with a good excuse to postpone his visit to Israel next month. With the collapse of Israel’s coalition government, the country is saddled with an interim government headed by an unelected prime minister in Yair Lapid wh…

Seun Kuti, son of Afrobeat legend Fela Kuti, has cancelled a concert in Morocco to mourn last week’s tragedy on the border of Spain’s Melilla enclave in which at least 23 African migrants died. Saxophonist and singer Kuti had been set to play on Saturday at the Jazzablanca festival in the Moroccan port city of Casablanca. But in a video on Instagram, he announced “with great sadness” that he and his band would not be attending. The UN has accused both Moroccan and Spanish authorities of using “excessive force” against migrants, and demanded an investigation. Jazzablanca confirmed to AFP that Kuti’s concert had been cancelled due to “a personal decision by the artist”. 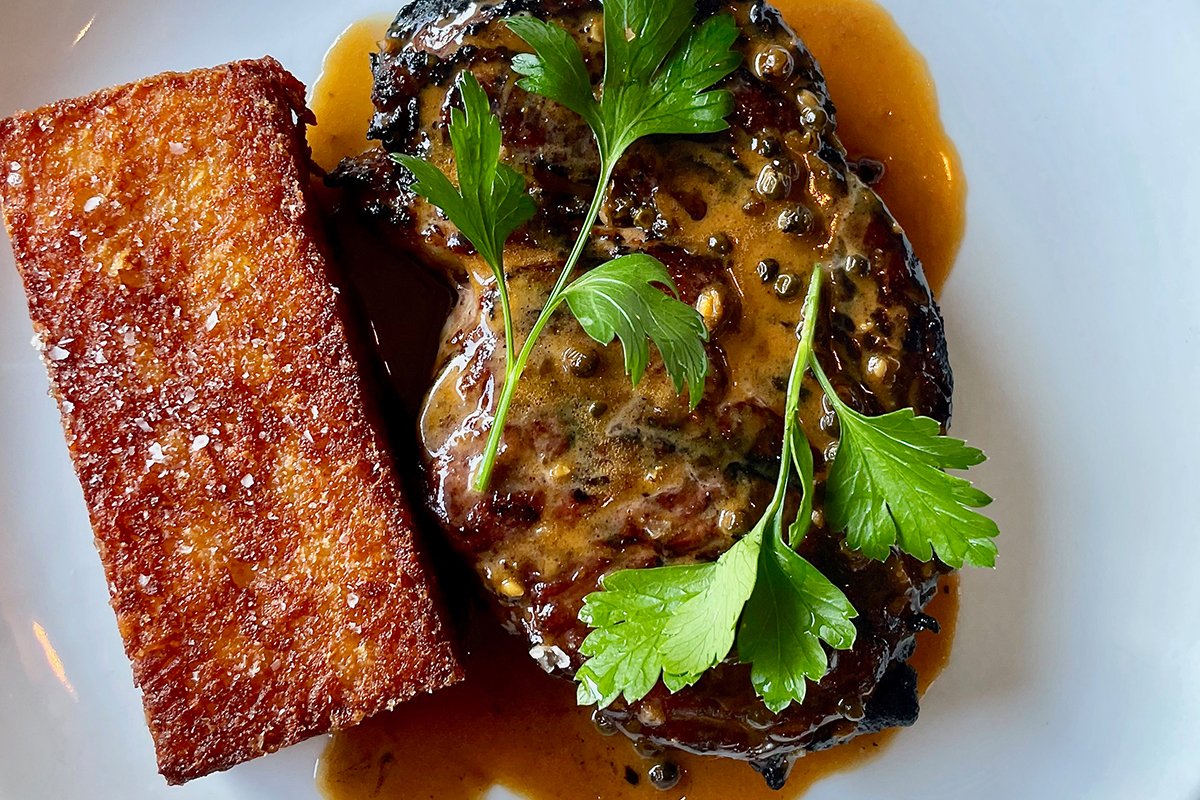 × Expand From pop-ups to food-centric fundraising efforts to opening dates, head below for all this week's Food News. (Richmond magazine)Taste of the TropicsFrom the first bite into their tangy flesh, mangoes burst with sweet notes that transport us to tropical lands. (Richmond magazine)Harnessing their entrepreneurial spirit and marking an industry shift, area bartenders turn to consulting, mobile gigs and canned cocktails. (Richmond magazine)Taking over the former Africanne on Main location, food truck GMT (Grilled Meats & Treats) will debut its brick-and-mortar eatery on Saturday, July 2. (News release)Hanna Raskin, the James Beard Award-winning food writer and journalist, recently rolled out an I-95 eating guide on Substack’s The Food Section chronicling eateries worth a pit stop along the East Coast highway, and Petersburg got a whole lot of love.

The 2022 Passenger IT Insights report results clearly reflect the accelerated digitalization of air travel since the outbreak of the pandemic and passengers’ willingness to adopt technologies. SITA’s research also finds reduced technology adoption in the early stages of the journey (check-in, bag tag, and bag drop) in favor of manual processing. Uncertainty about health requirements and travel rules has likely led travelers to seek more staff interaction when starting the journey. The survey shows that the more technology there is during travel, the happier passengers are. The survey is conducted by SITA, the world’s leading specialist in air transport communications and information technology.

DHL Global Forwarding, the international provider of air, ocean and road freight services has named Clement Blanc as CEO for Sub-Saharan Africa (SSA) and; South Africa (SA) and Pramod Bagalwadi as Vice President CDZ MEA, effective 1st June 2022. Before taking up their new roles, Blanc held the position of Managing Director for DHL Global Forwarding SA division and Bagalwadi held the position as CEO for SSA. After gaining significant managerial experience in Vietnam, Cambodia and Laos, Blanc relocated to South Africa in 2020 to oversee the nation’s operations. On his new role as CEO SSA and; SA DHL Global Forwarding, Clement Blanc said: “I am grateful to DHL Global Forwarding for placing its trust and confidence in me to lead the SSA cluster. During that time, he has held various key roles across Africa, including GM Nigeria, CEO Ghana, CEO East Africa, SSA Head IP and Strategy. This number is just one of many saddening figures from the UN refugee agency’s Global Trends report, published recently. The food security crisis exacerbated by the war in Ukraine has now threatened a new wave. Riot police detain a migrant during clashes near the Moria camp for refugees and migrants, on the island of Lesbos, on March 2, 2020. (AFP)The war in Ukraine led to the fastest and one of the largest displacements since the Second World War. And yet if that is not healed, I don’t know how we will deal with these global crises,” said Grandi. 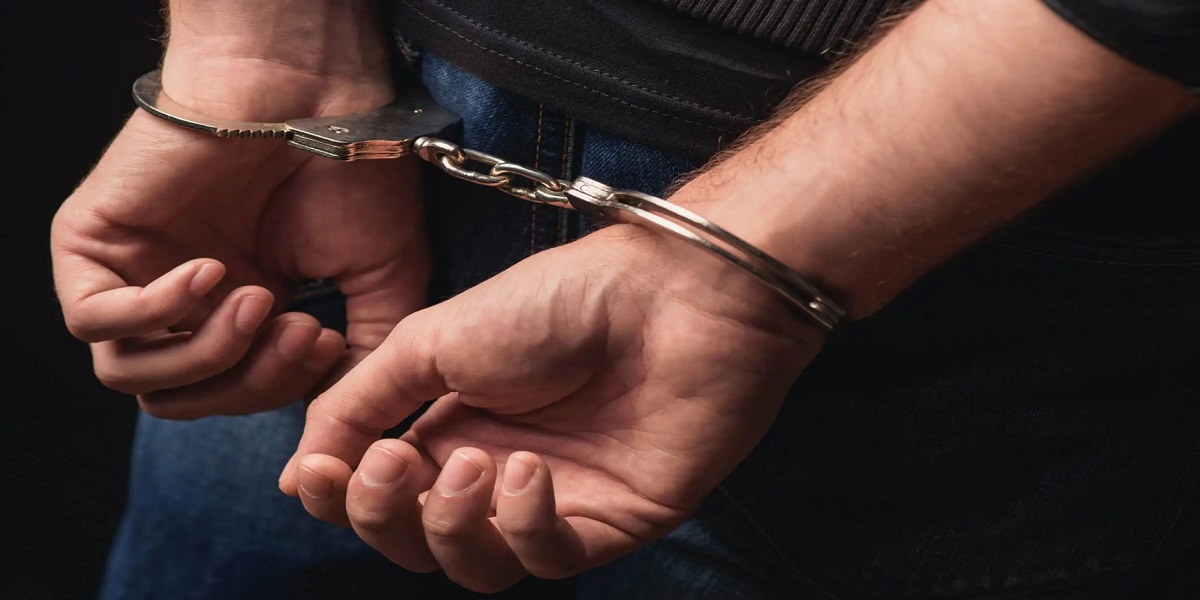 Ethiopian journalists working for YouTube channel arrested. Two Ethiopian journalists working for YouTube channel Ethio-Forum have been arrested this week, one of them just days after being released from almost a month in detention, a friend said Thursday. AdvertisementAlso Read Journalists killed, wounded in Ukraine honoured in Kyiv Several Journalists killed or wounded during Russia's invasion of Ukraine. The exhibition...Abebe Bayu, a former TV journalist and Ethio-Forum presenter, was also arrested at his home late Wednesday and his location is not known. Ethiopia is currently ranked 114th out of 180 countries in terms of press freedom by Reporters Without Borders. 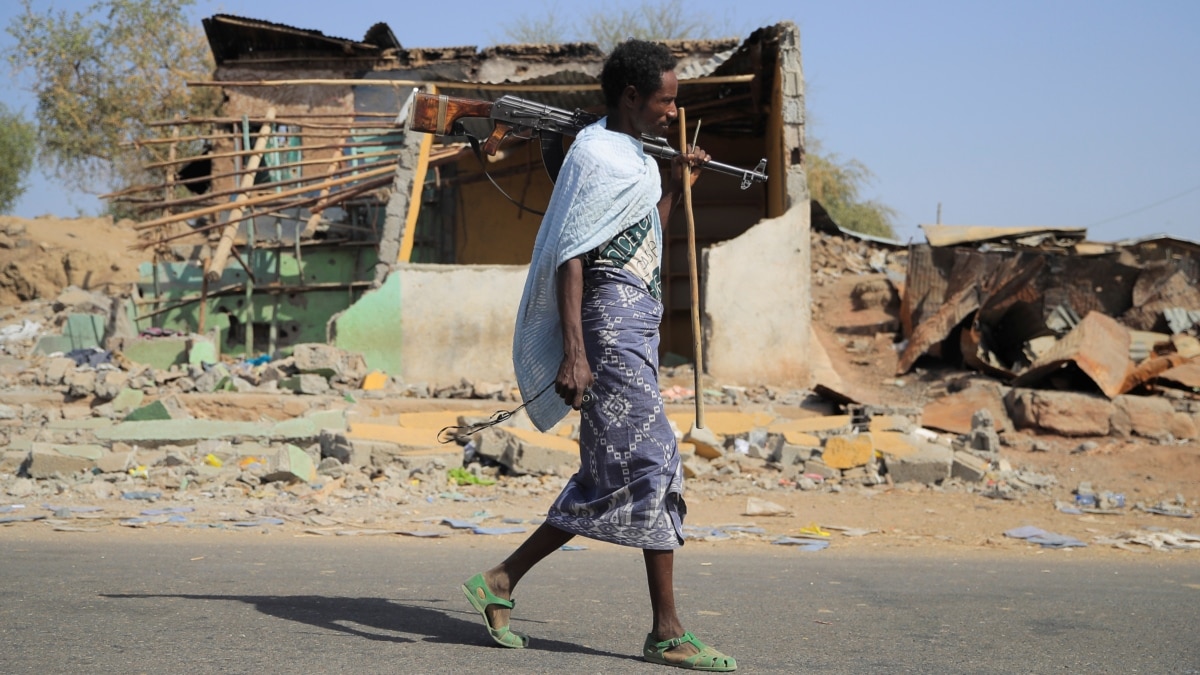 International Commission Calls on Ethiopia to End Violations on Its Territory

A U.N. investigative panel is calling on the government of Ethiopia to end conflict-related rights violations on its territory and bring the perpetrators of crimes to justice. The commission has submitted its first report to the U.N. Human Rights Council. The three-member International Commission of Human Rights Experts on Ethiopia reports that violations of international human rights, humanitarian and refugee law continue and appear to be committed with impunity. Commission chair Kaari Betty Murungi said the panel is alarmed by ongoing atrocities against civilians, including events reported in the Oromia region. The government has taken numerous confidence-building measures.”The ambassador said his government has declared an indefinite humanitarian truce in northern Ethiopia.

ADDIS ABABA, June 30 (Xinhua) -- Ethiopia has repatriated 43,061 nationals from Saudi Arabia in the past three months, an Ethiopian official said Thursday. Speaking to state media outlets, Minister of Ethiopia Government Communication Service Legesse Tulu said the large-scale repatriation process from Saudi Arabia was undertaken between March 30 to the end of June. He also said Ethiopia will in the coming months further beef up efforts to return Ethiopian nationals from Saudi Arabia. According to the Ethiopian Ministry of Foreign Affairs, more than 750,000 Ethiopians are living in Saudi Arabia, 450,000 of them without proper documents. In recent months, Ethiopia has stepped up efforts to take back its citizens stranded overseas, mainly in Saudi Arabia, as part of the government's "citizen-centered diplomacy."