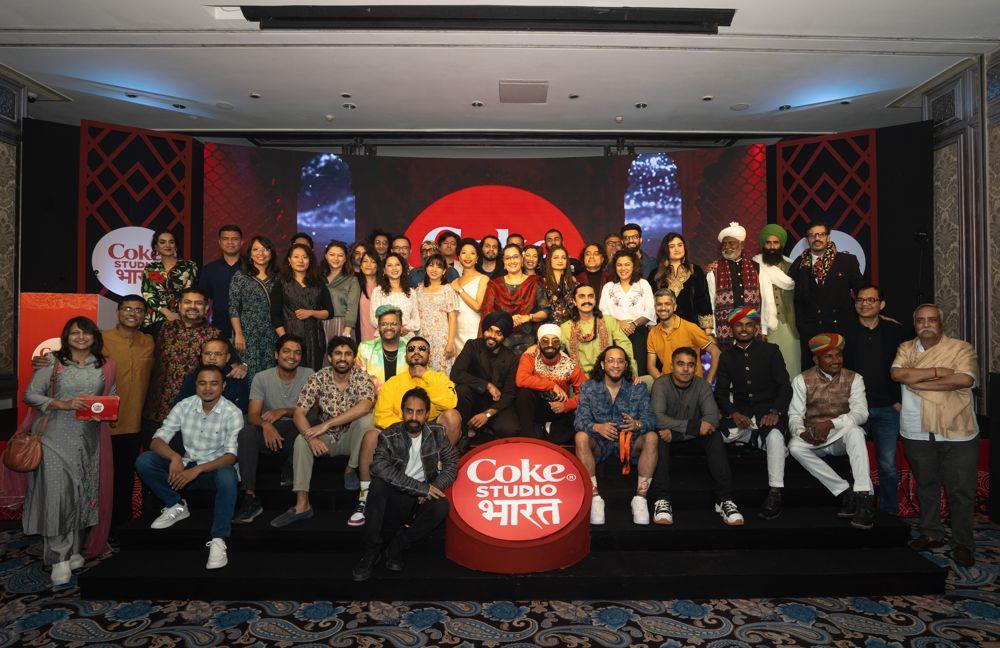 Back in India, Coke Studio Bharat is set to showcase authentic music from various parts of the country Aksha Pardasany, who has been a part of Jamtara and Kathmandu Connection, talks about her journ 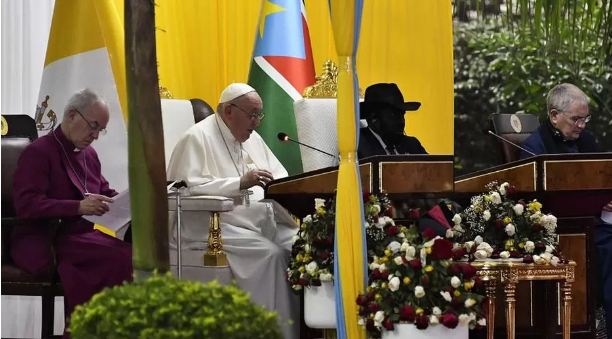 Michigan State hosted 2026 Harrisburg, PA) athlete Elias Coke for an unofficial visit Saturday, and the star freshman walked away from the visit with an offer from the Spartans. He spoke with Spartan Tailgate about the visit and the offer 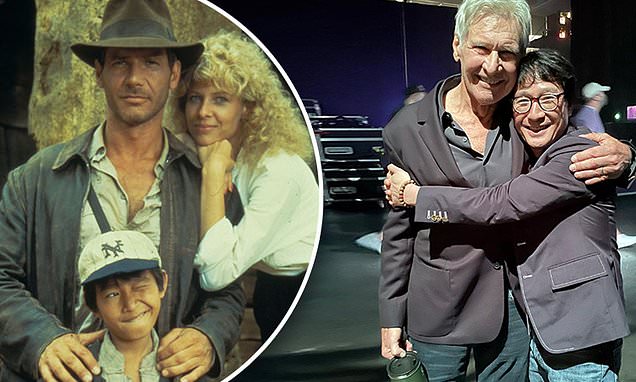 MANCHESTER, England (AP) — Casemiro was a serial winner with Real Madrid and on Saturday he kept Manchester United’s trophy hunt going strong in the FA Cup. The Brazil international struck twice in four second-half minutes as United won against second-division Reading 3-1 and progressed to the fifth round. If Ten Hag is to lift silverware in his first season as manager, Casemiro will be pivotal to that success. “When you play for Man United, it’s not what you do against Reading or other teams, Leicester or Southampton, no disrespect,“ Ince said. ”I actually felt that because I felt United had lost their presence. 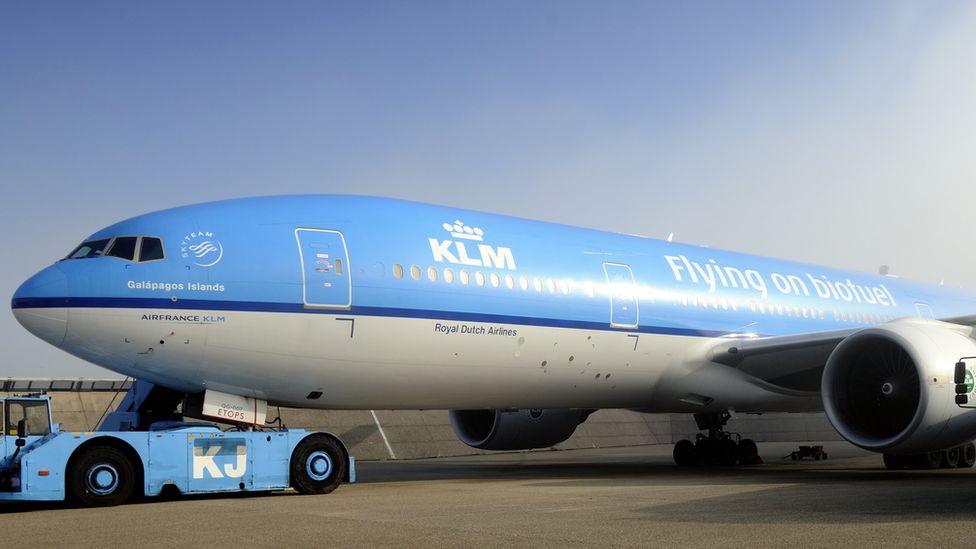 KLM Royal Dutch Airlines have issued a clarification regarding Kenyan flights they cancelled mistakenly. KLM said the said alert, which was only meant for customers in Tanzania, was inadvertently and erroneously shared with their customers in Kenya. KLM had on Friday issued a cautionary alert to its customers, regarding an anticipated interruption of flights in and out of Kenya and Tanzania. "The correct position is that at KLM flights in and out of Nairobi remain as per the schedule and no interruptions are anticipated." The apology came after the Kenyan Government through the Transport ministry formally made a protest to the Dutch Airline. 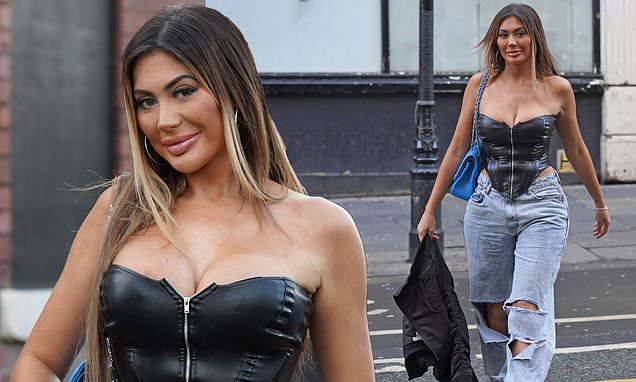 Anger and protest in Memphis after police beating video released

Protesters gathered in Memphis demanding justice after a video showing the violent arrest of Tyre Nicholas was released. About 50 protesters gathered Friday night in Memphis, in the southern United States, demanding justice after a video was released showing police violently arresting Tyre Nichols, a young Black man who died a few days after the incident. Waving signs reading "Justice for Tyre" and "End police terror," they headed to Martyrs Park in the center of Memphis. For David Stacks, a Black Memphis resident who owns a car detailing business, Nicols' death "should draw everybody together, open the eyes of" the country's African-American population. ': Footage shows fatal beating of Tyre Nichols by Memphis policeAuthorities had feared that fury triggered by the video could spark widespread violence, but the center of the city remained calm, with businesses still open. Women and girls have been flogged by militiamen in the eastern Democratic Republic of Congo for wearing short skirts or trousers, the government said on Saturday, vowing to punish the perpetrators. Lukonde said the militia, who are imposing Islamic sharia punishments in the area under their control, had "recently flogged girls and women dressed in short skirts and trousers". A government delegation would be dispatched to the area - Salambila, in the eastern province of Maniema - and report back so the perpetrators could be punished, Lukonde said. The Malaika militia, which claims to represent the interests of local people, wants the government to hand over a bigger share of revenue from the Salamabila gold mines. It is one of several armed groups that operate freely in the volatile, mineral-rich east of the vast Central African country. 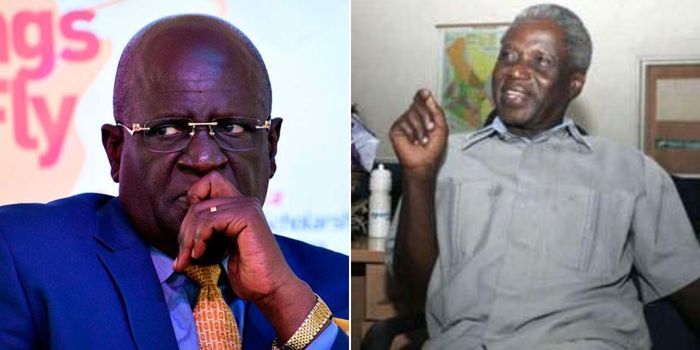 The sudden demise of the former Education Cabinet Secretary George Magoha awakened the sleepy Gem village. The late professor George Magoha is pictured inside a vehicle in May 2020. The StandardOther professors from Gem include Bethwel Ogot, Madara Ogot, Richard Nyabera and Washington Ambrose Omondi. After Makerere university, Ogot went to the School of Oriental and African Studies, University of London, where he majored in history. Clement Michael George Argwings KodhekClement Michael George Argwings Kodhek was an achiever par excellence. 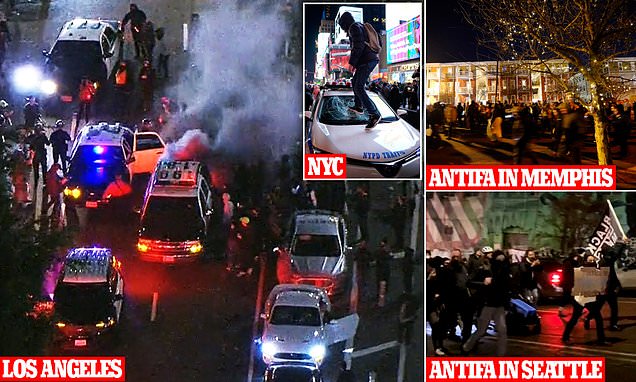 He hinted that it was inconsequential to keep resisting the Ruto regime as that would derail their development agenda. "The Kisii for example have come to terms with the reality that Ruto is president and have adjusted. "It can't be that you opposed the President Daniel Moi regime, Mwai Kibaki, Uhuru Kenyatta and now President Ruto and then change tune and start to work with them," he said. Musalia at the same time hinted that the Kenya Kwanza regime would make some painful decisions to get the economy back on track. "We have worked with these people (Leaders in Kenya Kwanza) and politics will not separate us. 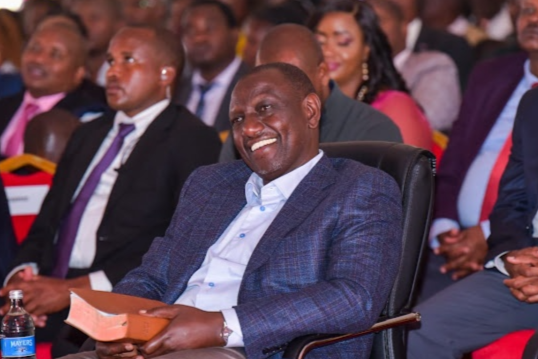 President William Ruto is currently attending dowry negotiations for Nyambura Wambui. Nyambura is the daughter of the Communications Authority of Kenya board chairperson Mary Wambui. This is the first dowry negotiation Ruto is attending as a head of state. Businesswoman Mary Wambui is a long-time ally of President Ruto. The president appointed her CA chair in December last year, taking over from Gilbert Kibe who resigned to pursue personal interests. 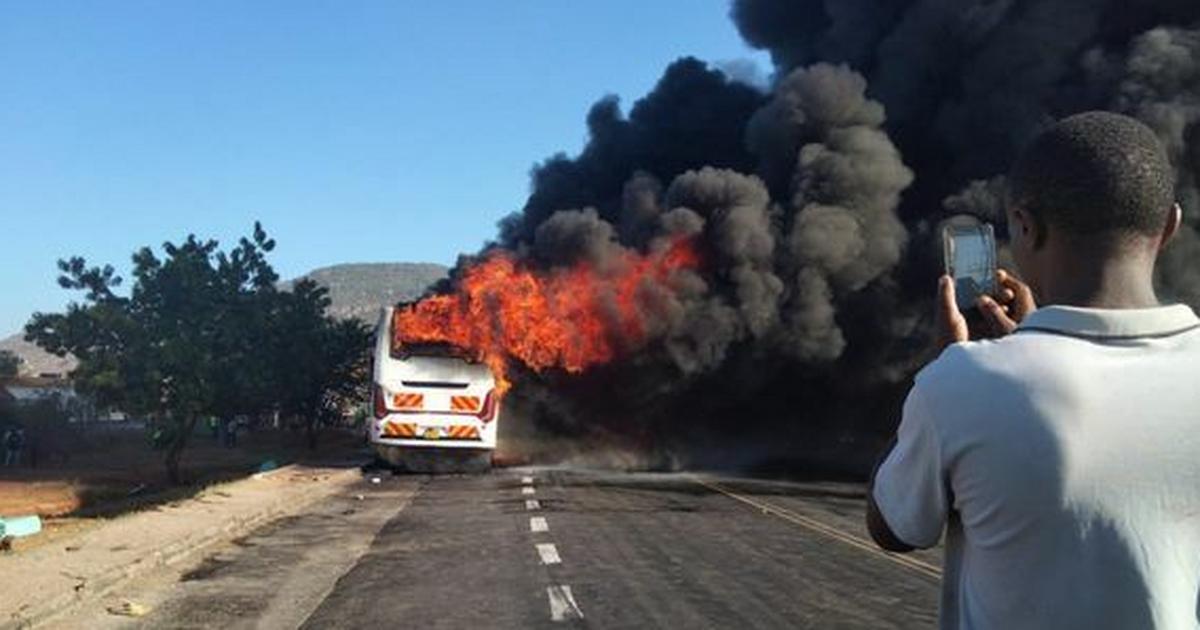 Bus with 42 passengers bursts into flames

The bus belonging to Tahmeed Bus Company had 42 passengers on board all of whom were rescued and safely evacuated. "The bus belonging to Tahmeed Bus Company with 42 passengers on board was heading to Mombasa from Nairobi," Shari told Nation. Shari said the bus company was going to make plans for another bus to ferry the passengers to their destinations. The incident happened hours after another road accident in Murang'a claimed three lives. The accident happened when a 14- seater matatu which was ferrying muguka rammed into a lorry. 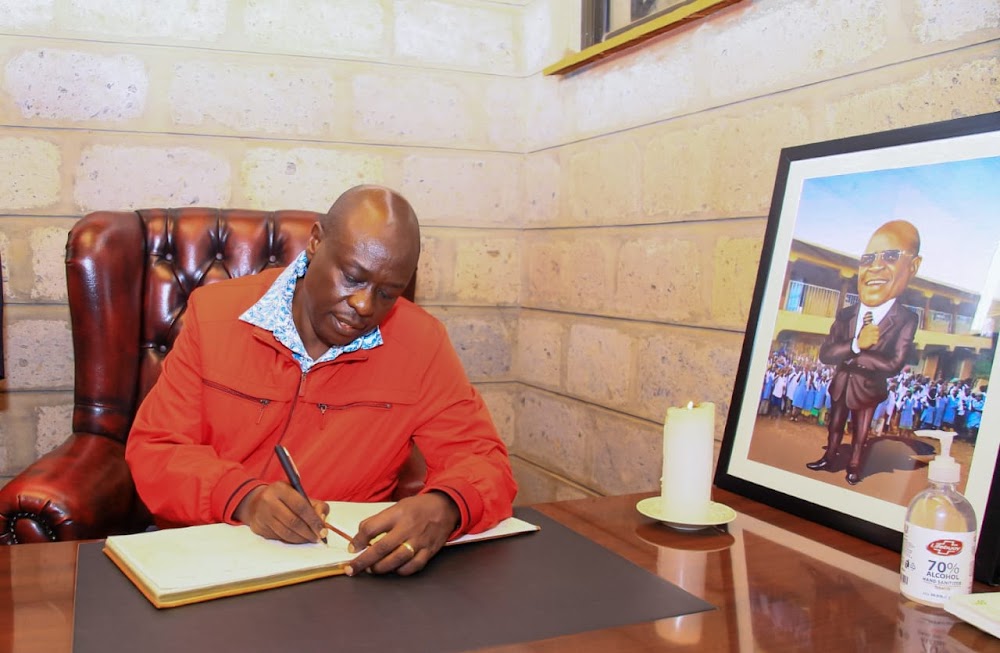 Gachagua: We are the government for now, let us work

Deputy President Rigathi Gachagua has said it's time everybody accepts that President William Ruto is the leader and move on. Speaking when he visited late prof Magoha's residence on Saturday, Gachagua said its time to work as the government is already made up. "We are saying, we are the government for now, let us work, let everybody accept and move on. Gachagua also said the government will provide the necessary support to the family of the late Prof George Magoha to ensure he gets a befitting send-off. As part of the support, Gachagua announced that a Kenya Airforce helicopter will be availed to airlift the body from Nairobi to his Gem home in Siaya.

Read AlsoMakers of 'Lucky Hank' has signed in Darrow & Darrow star Lilah Fitzgerald to join Bob Odenkirk 's TV series in a guest role.According to a US-based news outlet, the eight-episode dramedy, formerly known as "Straight Man," centres on William Henry "Hank" Devereaux Jr. (Bob Odenkirk), an unusual chairman of a severely underfunded college in the industrial heartland of Pennsylvania. Hank's wife Lily (Mirielle Enos) also makes the decision to reflect on some of her earlier decisions that contributed to her current situation as Hank's work and home life start to fall apart.The series, which is based on the Richard Russo novel, is told in the first person from Hank's perspective.The former 'Monster High' actor will play a student who is particularly interested in founding a group to "avert mediocrity." She does, however, appear to be acting with hidden agendas.Alvina August, Sara Amini, Diedrich Bader, Suzanne Cryer, Olivia Scott Welch, Arthur Keng, and Cedric Yarbrough are some of the additional cast members who have already been revealed.Fitzgerald's credits go beyond the Nickelodeon movie and include "Everything Will Be Fine," with James Franco and Rachel McAdams, and "Seventh Son," with Julianne Moore, Alicia Vikander, and Jeff Bridges. She has made TV appearances in "Devil in Ohio" on OTT and "Girlfriends Guide to Divorce" on Bravo.She writes in addition to acting, and this April, DartFrog Books will publish her first young adult fantasy book, "Stars & Swashbucklers." The book is the first book in the "The Last Montmorency" series.

Shah Rukh Khan starrer Pathaan has been breaking records at the box office ever since its release as fans of the superstar are excited to see him on the big screen after four years. #AskSRK: Shah Rukh Khan gives a ‘Pathaan’ style reply to a fan who requested the star for dating tipsIn the #AskSRK, curious fans often question Shah Rukh Khan about his upcoming films, his personal life, and in this case, of course Pathaan! A fan quizzed, “Mujse ladki nahi patti hain,kuch tips dedo @iamsrk sir #AskSRK.” Considering his witty nature, Shah Rukh obviously had a twist to his reply by responding, “Abhi time nahi hai tips ke liye…abhi desh ka sawaal hai..!! Ha ha.” It seems that the King of Romance is enjoying the adrenaline high action role for now! This venture also marks the comeback of the superstar Shah Rukh Khan after four years on the big screen and features Deepika Padukone as well as John Abraham in pivotal roles.