Microsoft to allow EU customers to process, store data in the region

Government to block investment funds from buying up housing estates

How to improve weather predictions by reducing precision

Miriam Lord: Government in a flap about the cuckoo in the property nest 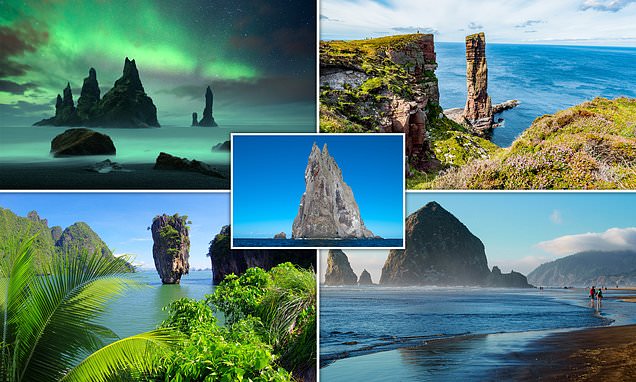 World's most breathtaking natural coastal wonders: from the Orkneys to Australia

The park, which covers nine square kilometres (3.47 square miles), is home to a stunning natural arch. Sea stacks: When sea arches collapse, a sea stack or sea stump is left behind. Sea caves: Sea caves occur on almost every headland or coast where the waves break directly on rock cliffs. Source: Britannica.com AdvertisementWith a height of 30ft (9.1m), the Great Pollet Arch is Ireland's largest sea arch. The star attraction is Yesnaby Castle, a precarious-looking sea stack with a natural arch. 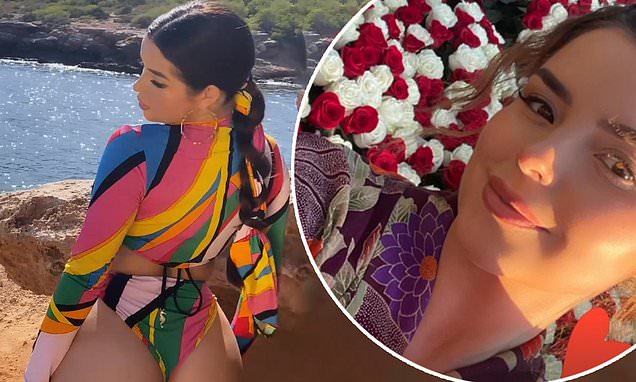 Irish Olympic team to be vaccinated ahead of Games

The International Olympic Committee and Pfizer Biontech have reached agreement that all athletes qualified for both the Olympics and Paralympics will be offered the company’s Covid-19 vaccine. In a joint statement the Olympic Federation of Ireland and Paralympics Ireland welcomed the outcome of the talks which paves the way for the vaccination of the Irish Olympic and Paralympic teams ahead of the Games. “The development is extremely welcome given the very high levels of anxiety that a lack of vaccination was causing among the team. It provides the athletes and support staff who work so hard to represent us internationally with the appropriate level of care in advance of the Games. That is something for Ireland to look forward to.”The vaccine will also be made available to the support teams travelling with the Irish squads to Japan. 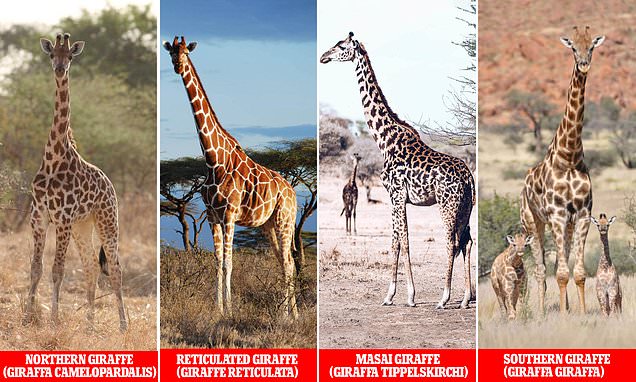 Her two-bed first floor flat in Headingley, West Yorkshire, is jam-packed with disordered mess, unsanitary surfaces and worryingly out of date food. The widow and divorcee is desperately clinging onto the past by surrounding herself with remnants and reminders of former relationships. I'm not saying I'm wiping my past out but I don't want that baggage," she admits. (Image: 5STAR)However, the laughter soon stops when they arrive at the flat and find out exactly what's lurking inside. The living room was ramshackled, run down and uninviting, but now it's a warm and welcoming space to socialise in. 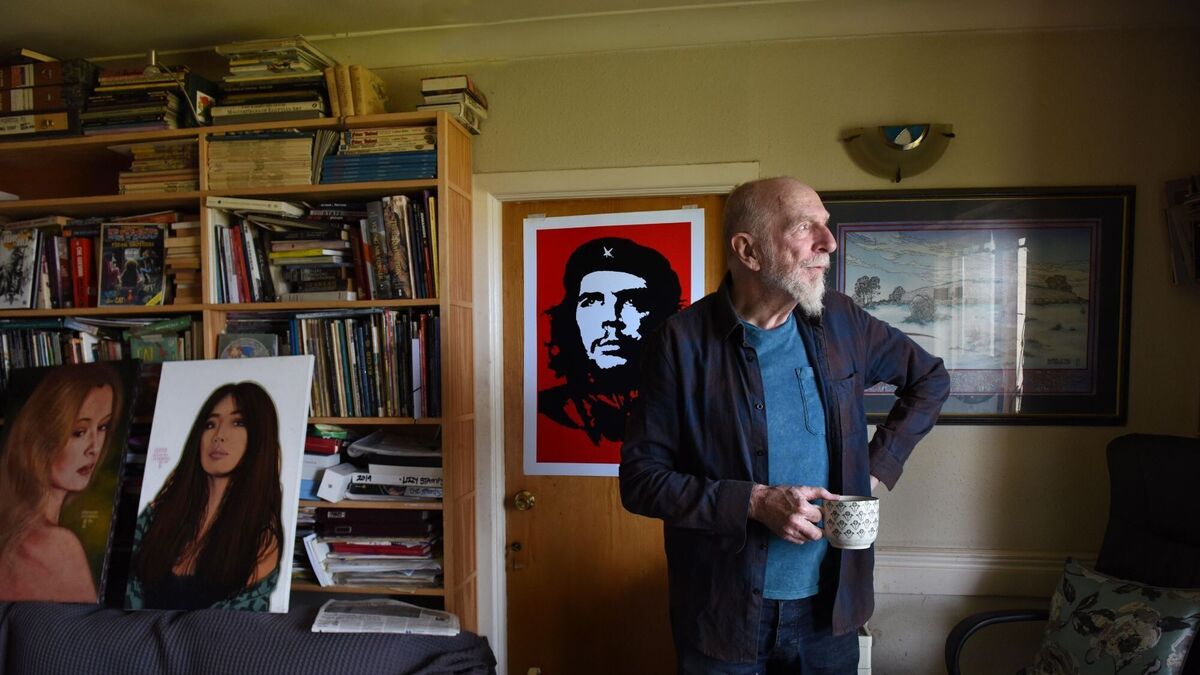 for the cover of my book, The Book of Conquests, I was channelling an artist called Frank Frazetta, a wonderful fantasy artist. The story is narrated by a sea eagle who was re-incarnated from a man called Tuan. Sometimes you think you’re doing a work to just enjoy yourself when somebody spins off and sees something else in it. Philip Lynott had a friend called Charlie, the security guy. 'TOD' was Terry O'Donnell, which was her maiden name, but I never made the connection until after she died. Despite suffering several nasty bites in his four years of handling snakes, Johnny says his pet pythons are like family and wants to find a woman who will accept them as part of the package. “Now when I show girls the pictures a lot of them think I’m out of my mind. (Image: Mercury Press & Media Ltd.)“They slither up onto the bed and I leave them there because they like to be under the covers and warm. (Image: Mercury Press & Media Ltd.)He visited Indonesia 12 times in the two years before the pandemic, catching and handling wild snakes. “They are just like family pets and I love them like anyone else would love a pet - whatever it is. 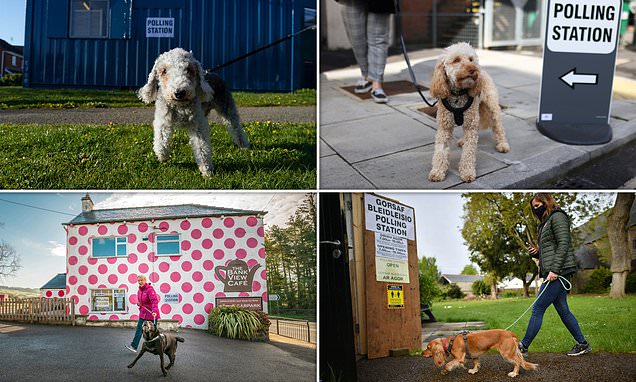 AdvertisementHave YOU taken your pooch to the polling station today? Email katie.weston@mailonline.co.uk or pictures@mailonline.co.uk AdvertisementBritain's dogs were out in force today as owners shared pictures of their beloved pets on social media while arriving to cast their vote at the polls. And in Glasgow, First Minister Nicola Sturgeon was pictured meeting voters at Annette Street school polling station alongside candidate Roza Salih, who held a dog. Ex-Scottish Conservative leader Ruth Davidson also shared a picture of her dog outside a polling station, captioning: 'Wilson doing his democratic duty.' Votes will be cast in every part of Great BritainA woman walks with a dog outside a polling station in Hartlepool. The Japanese maker of Super Mario and Pokemon games said annual profit for the fiscal year that ended in March totalled 480.4 billion yen (£3.1 billion), up from 258.6 billion yen (£1.7 billion) the year before. Nintendo said digital downloads for the Switch also did well, helping to support its bottom line. Nintendo said it has attractive games in the works, including a collaboration in the mobile sector with Niantic on an application featuring Pikmin for smart devices. Nintendo is among companies that have thrived during the pandemic, which is wreaking havoc on the global economy overall. Its Super Nintendo World theme park in Osaka, Japan, built with Universal Studios, opened in March after a delay due to the pandemic. Sign up Thank you for subscribing We have more newsletters Show me See our privacy noticePetrol prices have risen for the sixth consecutive month, pushing the cost of a full tank to £70, figures show. The average cost of a litre of unleaded went up 0.89p in April, reaching 127.19p, according to RAC Fuel Watch. The cost of filling up a 55-litre family car is now £69.95 for petrol models and £71.35 for diesel cars. Pump prices are likely to increase further this month due to a rise in demand for oil. “But unfortunately, it’s the very fact people are driving more that’s causing petrol prices to go up as demand for oil – and in turn fuel – begins to outpace supply. March was HSBC UK’s strongest month ever for mortgage completions

In a sign of the recent boom in housing market activity, HSBC UK said March was its strongest ever month for mortgage completions, including deals for more than 3,000 first-time buyers. HSBC UK also announced various mortgage rate cuts across its range on Thursday, including on some low-deposit deals. Other reductions in HSBC UK’s range include a two-year 10% deposit deal at 2.99%, down from 3.09%, with a £999 fee. “We completed more mortgages in March than any month in the 40-plus years we have offered home loans, including those for over 3,000 first-time buyers. The average age of first-time buyers remained at 30, TSB said.

Sign up Thank you for subscribing We have more newsletters Show me See our privacy noticeFake vaccine cards are being sold online for a few pounds sparking fears travellers could use them to cheat Covid passport schemes. Scammers are reportedly using eBay to sell the cards - which bear a striking resemblance to the NHS ones given out to vaccinated people - for between £5 and £28 each. The newspaper bought one of the cards for £5 from an eBay fraudster whose listing said they had sold more than 140 in three days. Some sellers are maintaining that the cards are for people who have genuinely been vaccinated but misplaced the cards given to them. A Government spokesman added that such cards are "not an immunity certification" and said they shouldn't be sold "outside the vaccination programme".

Microsoft to allow EU customers to process, store data in the region

Microsoft will allow commercial and public sector customers in the European Union to process and store all of their data in the region, a growing demand from some clients. Microsoft will consult with customers and regulators about this plan in the coming months, including adjustments that are needed in unique circumstances such as cybersecurity, its president Brad Smith said in a statement. Microsoft currently operates datacentres in 13 European countries, including the Republic, France, Germany and Sweden. For big companies, data storage has become so large, and distributed across so many countries, that it becomes difficult for them to understand where their data resides and if it complies with rules such as GDPR. Microsoft has said previously it will challenge every government request for an EU public sector or commercial customer’s personal data and would provide compensation if it disclosed data in violation of the GDPR that causes harm.