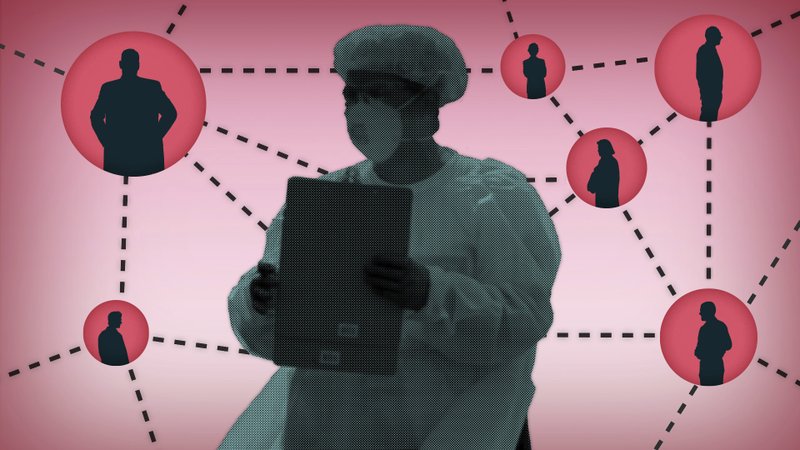 What is contact tracing, and how does it work with COVID-19?

FILE - The procedure of FGM - ReutersCAIRO – 6 June 2020: As the Egyptian state, since 2014, has taken arguably significant steps to empower women, it has focused on combating female circumcision (mutilation) due to probable health risks. Such practice has been criminalized by the state in 2016.On Thursday, the state-run National Committee on the Eradication of Female Genital Mutilation has thanked Hamada Al-Sawi, the northeastern African country’s attorney general, for referring a doctor and a father of three girls in Upper Egypt’s Sohag governorate to the criminal court for forcing each of these three children, 11, 9 and 8, to undergo circumcision.According to the statement issued by the committee, which is jointly headed by the National Council for Women and the National Council for Childhood and Motherhood, the father has deceived his children and brought the doctor under the pretext of inoculating them against coronavirus.The three girls were anesthetized after the doctor gave them a certain drug. They woke up to find themselves tied and felt pain in their genital organs, an official statement earlier said.The mother of the three girls have contacted the phone number 16000, the child rescue line related to the Childhood and Motherhood Council, Sahar Al-Sonbaty, the secretary general of the council said.The mother has been divorced.Maya Morsy, the president of the National Council for Women said the attorney general’s decision reflects the state’s keenness to eradicate such “crime.” Morsy also hailed the General Prosecution’s “painstaking efforts” and “decisive, fair and transparent” decisions.Although Egypt has outlawed female circumcision in 2008 and even criminalized it in 2016, toughening the penalty to up to seven years for doctors who are proven guilty with conducting this practice, the practice did not stop, especially in Upper Egypt, as female circumcision there is rather tied to traditions than religion.Circumcision was outlawed after Budour Shaker, a 11-year-old girl in Upper Egypt’s Minya, died of an excessive dose of anesthesia while being circumcised at a private clinic.In this regard, the National Committee on the Eradication of Female Genital Mutilation has urged legislating authorities, in its Thursday statement, to amend the legal article on female circumcision so that to fill the gaps and prevent and circumvention of law.In February, the attorney general also referred a doctor and two others to the criminal court after a 12-year old girl died undergoing circumcision in Upper Egypt’s Assiut.Four people, including a parent, an uncle and a retired physician, were imprisoned four days pending investigation in January following the incident. The initial investigations revealed that parent and the uncle went to a gynecologist for FGM. However, after the retired doctor carried out the FGM operation, the girl suffered from complications led to her death.The General Prosecution urged doctors to fulfill their educational role by correcting the society’s misconceptions concerning circumcision, including get people acquainted with the consequent harm and pain of such practice to women.The Public Prosecution in a statement called on everybody to cooperate to eliminate such phenomenon and not to cover such “crime” up.“The Public Prosecution also appeals to the legislator to reconsider the penalty stipulated for the perpetrator of a circumcision crime if he is a doctor,” the statement added.Egypt’s Grand Mufti, the government’s official arbiter of Islamic law, after Budoor died, decreed that female genital cutting was forbidden by Islam, in his strongest statement against the practice.

IMF reaches staff-level agreement with Egypt on $5.2 B loan